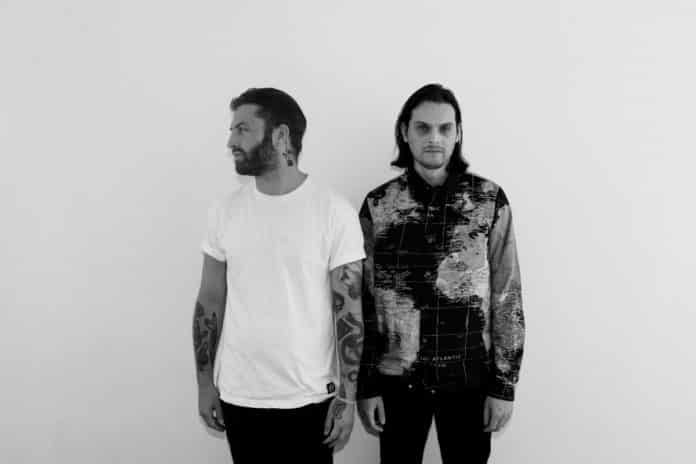 The prolific duo made up of Dylan “DC” Mamid and Zachary “Hooks” Rapp-Rovan rapidly rose to critical acclaim since their inception in 2009, garnering hundreds of millions of cross-platform streams and Top 20 Billboard hits along the way. Seven years into their wide-reaching career, Zeds Dead launched their own independent label, Deadbeats (launched February, 2016). A tastemaker label having propelled the careers of artists such as Subtronics, PEEKABOO, 1788-L and more, Zeds Dead & Deadbeats proudly celebrate their 5 year anniversary with the launch of a brand new label, Altered States. A new musical home focused on championing electronic, chill, and downtempo sounds, Altered States launches with Catching Z’s, a 13-track mixtape of brand new original music from Zeds Dead. Catching Z’s is out now.

Accumulating billions of streams across its steady calendar of 40+ releases annually since launch, the Deadbeats brand has surpassed many milestones. Circulating iconic venues such as Red Rocks, Aragon Ballroom, Ministry of Sound London, and more, Deadbeats has hosted global tours that are a testament to the imprint’s international presence. Adding to their ever growing ubiquity, the company provides fans with an excess of digital content in conjunction with their globally syndicated Deadbeats Radio show and Twitch channel which now hosts regular livestreams, DJ sets, and more.

From dubstep to drum & bass to house, Zeds Dead’s genre-defying sounds, and their Deadbeats label, have never been pigeonholed into a singular style. Carrying the launch of a new division of Deadbeats focused on exploring a diverse range of experimental electronic music, Zeds Dead unveils the inauguration of their Altered States record label with Catching Z’s (Mixtape).

First beginning as a mix series dating back 4 years, Catching Z’s showcases a deeper, more delicate side of Zeds Dead’s production. Ripe with highly diverse and nuanced Zeds Dead sound, Catching Z’s is a compelling looking glass into what is yet to come from their Altered States endeavor.

Peaceful yet enthralling, Catching Z’s opens with “when i die i’mma come back” and “exit row,” two sonic markers of talent showcasing Zeds Dead’s immense versatility in sound. Teaming up with vocalist Elliot Moss, “lost birds” is a spellbinding whirlwind of raw vocal sincerity and downtempo production prowess. Track number 4, “phuket sunrise,” errs on the downtempo side again with an exciting breakbeat boost in the second half, energetically feeding into “get what you need,” another impressive display of Zeds Dead’s percussive masterhand.

Transporting listeners to a place beyond the pines is “time is an illusion,” aptly named as Zeds Dead seemingly grab the reins of time for two minutes and seven seconds to usher in a cacophony of tranquility. “i think you’re cool” featuring Jenna Pemkowski elicits divine feminine energy as the singer’s buoyant vocal work hypnotizes, while stirring soundscapes whirr. Slightly wonky, “desert fractal” features chilled out worldly beats, as “late night drive” uses chilling chord progressions to combine with sweeping 808s. Clocking in at just under one minute is “forever alone,” a haunting segue into “don’t close your eyes,” another bone-chilling display of Zeds Dead’s knack for all things downtempo. Closing out Catching Z’s is “over and over” and “93 ’til now,” two burgeoning tracks to leave a final lasting impression, as well as a taste of what is yet to come from Altered States.

With more to come throughout the course of 2021 and beyond, Catching Z’s is the exciting first look into Zeds Dead’s Altered States.