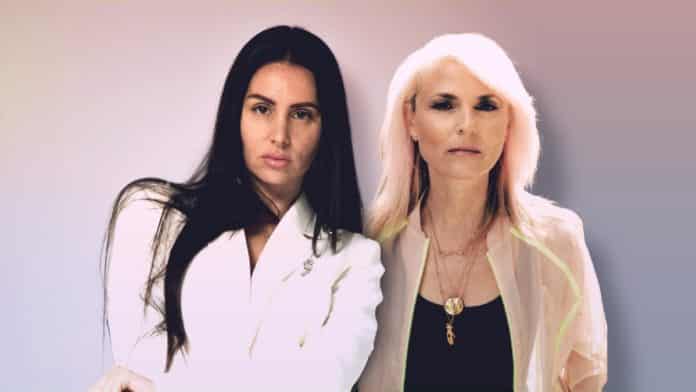 We caught up with Sister Bliss from Faithless, and Mala Rodriguez to learn a bit more about the single came about, and more.

Faithless – It has been a pretty quiet one so far! We are still in the middle of our Covid winter lockdown here in the UK but hoping that plans for summer festivals and gigs will be able to go ahead. Something to very much look forward to after such a difficult year!

T.H.E – Congratulations on the release of your new song, “Necesito A Alguien”. How did this collaboration come about?

Faithless – We had done lots of collaborations on the new album “All Blessed” and really felt the song “I Need Someone” had such a universal message we felt it would connect beyond an English-speaking audience, so in that same spirit we had made the album we reached out to La Mala Rodriquez as she was someone whose work we admired, and she had that integration and understanding of lyrics and melody as both a rapper and singer.

T.H.E – How long was this song in the works?

Faithless – In one way, the song itself was finished quite quickly, but once the vocals were recorded, we made quite a few versions of it before we finished the final album version – adding music, stripping back the beats, adding guitar licks and of course making a shorter edit for streaming /radio. I love that there is a little more time for the song to unfurl on the album version, but I also love how our song with Mala has this beautiful contrast of masculine and feminine voices. It’s really emotive!

T.H.E – It’s an update on the Faithless’ “I Need Someone” single, which has also been featured on “All Blessed”. How has the album been received by your fans?

Faithless – We have had such a positive reaction to the new album. It has been amazing especially considering whole platforms where our music would have been exposed to an audience just disappeared overnight – clubs, venues, bars , festivals all shut down because of Covid , not to mention hairdressers, shops and restaurants – which all have music playing wherever you go in the world! Nothing was open, and we were unable to tour or play any DJ shows at all, to spread the musical message. So, for the first time ever we were solely relying on streaming and radio.

T.H.E – How long was the album in the works, and we wonder how many tracks actually didn’t make the cut?

Faithless – The album took a couple of years to piece together, because it was like a jigsaw, with different voices weaving in and out – but we wanted it still to be coherent and feel like a Faithless album – and yes there were a few tracks that didn’t make the cut – mostly because they didn’t fit lyrically with the themes we explored, but also because the album would have been too long  – I’m not sure how many didn’t make it , but some mutated into other pieces of music as we went along – and maybe we will release them later on. I believe it’s always better to have too much rather than too little music!

T.H.E – What is the message behind “All Blessed”?

Faithless – The message is always about love. The lyrics allude that in a polarising turbulent world full of fear and aggression, we need to be conscious, to find compassion for ourselves, and for each other.

T.H.E – Which songs would you say were the toughest to produce, from the album?

Faithless – “Synthesizer”, the first single took quite some time to produce, especially as it was the first single from the new album, so there was more pressure to get it sounding amazing. I was road testing early versions in the clubs and festivals and could feel it had a very special Faithless anthemic vibe, so we tweaked it a lot sonically before the final dance version was ready to go out to DJs. Then of course the global pandemic hit!

T.H.E – How was it working with Faithless, given their legendary status in the electronic music scene for decades?

Mala Rodriguez – It was wonderful getting to meet Blissy and understanding the meaning and strength of the track. It’s amazing being by her side, it makes me feel grateful and blessed.

T.H.E – Were there any qualities that surprised you or inspired you, while working with Faithless on this?

Mala Rodriguez – They helped me search inside me to find the purest feelings. The message behind the track is really deep and that’s what I tried to express with my lyrics in the track.

T.H.E – The song itself, has a very strong connection to the current times. What kind of impact has COVID-19 had, personally for you?

Mala Rodriguez – I´ve been deeply in contact with myself as an artist. By not being able to live my usual reality I’ve searched for others. And besides, I´ve connected with my family at another level.