Lucky Rose Release New Single, “I Don’t Think About You” 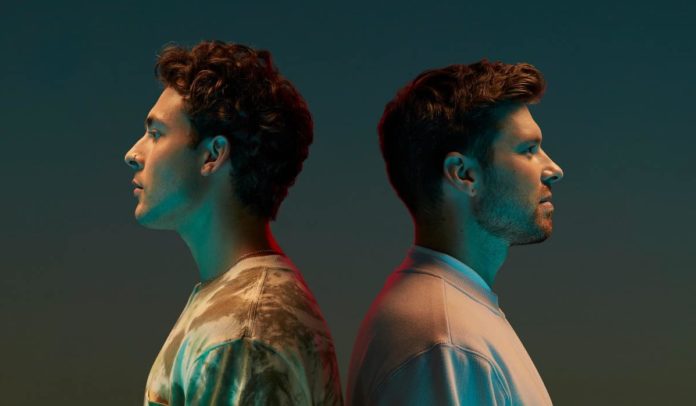 Lucky Rose has released their new single “I Don’t Think About You,” on all streaming platforms via Ultra Music.

The new song follows a slew of new music from the upcoming duo, intending to provide a beacon of hope for those struggling during the pandemic.

“I Don’t Think About You” is ready to triumph and achieve high performance in the charts as the next summer hit. The single brings an energetic and vibrant outpouring of enthusiasm, projecting a lively spirit that gives its addictive nature of drums and synthesizers. With the single ready to debut, Lucky Rose smashes with another hit-song, proving the music genre has exhilarated throughout this isolation period.

“I Don’t Think About You” follows the duo’s latest hit, “Help,” which has recently jumped to #75 on the Top 40 charts in Canada and #29 on US dance radio charts reaching up to nearly a million impressions worldwide. The duo holds 2 Gold Certified singles in Canada with “Lost” ft. Jordan Hart, reaching #36 Top 40 Radio Canada in 2019, and “Wild One” ft. Tep No.

As these difficult times strike many challenges to the music industry, especially for the electronic segment, the duo has been spending their lockdown-time wisely to create new singles as they build momentum for themselves, transitioning from their live performances to live streams remixing their performances on the fly.

“The song started with an old guitar loop I worked on in another session a while ago. I knew this idea had something special and was saving it for the right time. And that time came about six months later. I was renting this Airbnb apartment in Montreal for the summer and the place had a really nice artist-bohemian vibe to it, really inspiring!” recalls Vincent. “Kayleigh came in to do a session, after we catched up about our lives, we asked her if she was down to write something for Lucky Rose. We pulled up this guitar loop, she instantly started writing to it, she started to sing the first line «I don’t wanna break your heart…» and we were like WTF!! So we kept going with that idea and we wrote the whole song on the first day and we recorded it on the next day. I think it’s our best song to date, it has an emotion that you just can’t deny.” – Lucky Rose

As Lucky Rose recently signed with Ultra Music, the duo that started out unintentionally as a solo project in 2015 has been making their way to the top with their positive and vibrant tracks, including “The Way You Want Me, winning Virgin Radio’s Future Star contest. The duo has created an explosive year for themselves, solidifying their position in the pop electronic music sector, getting them to sign with renowned Ultra.