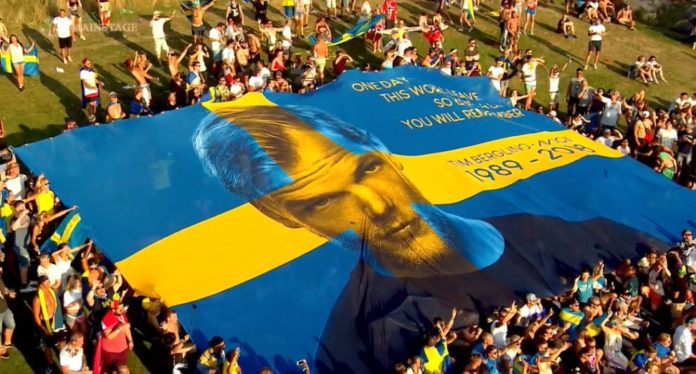 While it may still feel surreal, it’s been nearly three years since Tim Bergling, a.k.a Avicii passed.

April 20, 2021 will mark the third death anniversary of the Swedish EDM legend and Tomorrowland’s One World Radio is looking at a day-long celebration to honor him.

Clearing their regularly scheduled broadcast, Tomorrowland’s One World Radio will use April 20 which marks the third death anniversary of Avicii as a full day of programming to broadcast anything and everything Avicii-related.

The day will feature more than 60 of his most iconic and industry shaping hits, along with clips from his Tomorrowland performances from over the years spanning from 2011-2015 before he retired from live performances.

Friends and long time collaborators such as Kygo, Aloe Blacc, Dimitri Vegas, Nicky Romero, and Laidback Luke will join as guests over the day to share memories of their personal relationships with Bergling. Nicky Romero and Laidback Luke will also be curating an honorary show that will include 60 uninterrupted minutes of the very best from Avicii’s legendary catalog.

While the legacy of Avicii has been honored and will continue to be honored in various ways for times to come by Tomorrowland and others, here is one of the sets from when Avicii was in his prime in 2013 and his iconic Tomorrowland performance in Boom, Belgium for you to relive the good time and “Get a good Feeling, A feeling that I (you) never never never had before…”

Tune in to One World Radio here on April 20 to celebrate the life of the young legend who was gone too soon, Avicii.