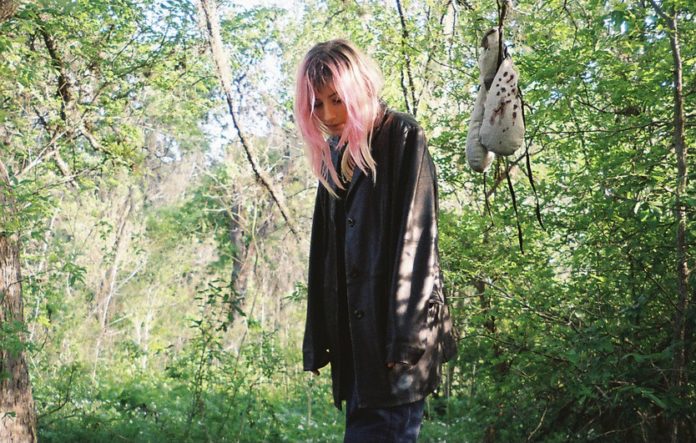 The celebrated songstress fknsyd is illuminating her painfully authentic artistic vision via a revelatory three-track ‘Moontower’ EP on the ever-growing Heaven Sent imprint.

Since first launching the project back in 2015, Sydney Fisher has found a way to create an intimate connection with listeners through an emotionally charged sound that is driven by brutally honest introspection. Wearing her heart on her sleeve, the experimental singer/songwriter and producer has magnified the innerworkings of her personal trials and tribulations via a handful of open-book originals that bleed with cathartic appeal. Along the way, she’s cemented herself as a dance music mainstay by way of a plethora of high-profile vocal features, including SLANDER and Kompany’s brain-shattering “Broken,” as well as the effervescent single “Stallions” pulled from the Texas-based trio WAVEDASH’s debut artist album, ‘World Famous Tour.’ While her distinctive voice and penchant for tailoring acutely self-aware lyrics have made her a hot commodity in the electronic space, fknsyd is branching out to embrace her own airy and spacey production on her debut EP, ‘Moontower.’

The self-produced three-track affair features fragrant and experimental beats over Syd’s signature reverbed and dark vocal melodies. The grim pop-electronic tracks find Syd reaching a massive creative benchmark in her artistic career, finally manifesting the confidence to share her full vision on a project living in both worlds of beautiful and dark simultaneously. The opening number “Rain Simulator” swiftly sets the tone, as her hushed tones fall intently amongst a dewy, downtempo lilt. Her misty-eyed refrain and the lulling melodic drone culminate into the perfect storm of unrequited love. On “Benadryl Sleep,” there’s a woozy fragility fighting for air in her seemingly helpless cadence. The sobering percussive knocks and haunting atmospherics make the softly sung plea for help seem almost deafening at times. Lastly, “Shallows” surrenders itself to a panic-stricken delivery, with shiver-inducing staccato phrasing calling to mind feelings of trying to ward off a crippling anxiety attack. The closing offering is the perfect comedown chorus, wrapped up with a hint of withdrawal lingering until the last hit of her somber vocals leaves you yearning for the next fix. From start to finish, fknsyd makes a poignant and powerful statement that’s only hers to tell.

“I hold ‘Moontower’ close to my heart,” says fknsyd. “It has been a safe place and tiny escape for me. I hope others can find solace in it, as well.”

With an impressive number of vocal credits already notched on her fast-growing discography, fknsyd shines a light on both pain and pleasure in a personal and decisively highly relatable fashion. After pulling the figurative skeletons out from her creative closet, she relocated from West Palm Beach, FL to hone her craft in the hotbed music scene thriving in Austin, Texas. The move has clearly worked in her favor, affording her a newfound freedom to immerse herself deeper into the songwriting process, and take bolder yet more refined strokes in the studio. ‘Moontower’ is Syd’s most ambitious and unguarded work thus far, and it should serve as a blinding beacon of what’s to come from the bright and innovative mind that is fknsynd.