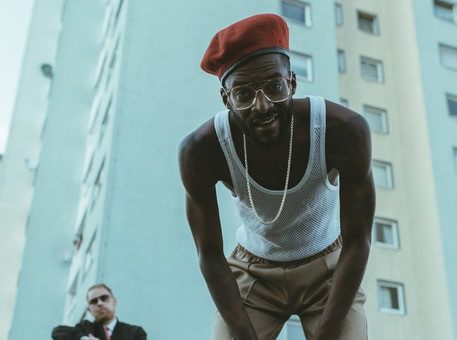 Speaking on the release, RICKY DIETZ comment “Let’s not over-complicate da matta, my yout! [insert rude bwoy emoji here].” Hennessy is just a classic sentiment that everybody can relate to: “hard times deserve a hard beverage”, except over a futuristic reggae tune produced by a group of wise eagles: The Krauts out of Berlin, UK’s finest, Zdot, and of course, one half of RICKY DIETZ, Pierre Baigorry.

Composed of Pierre Baigorry and Toronto-born singer Sway Clarke II, RICKY DIETZ is a riotous collaboration between two celebrated artists from different parts of the world and different musical backgrounds.

Prior to their formation in 2019, Sway had already been lauded by the press as an artist to watch and even dubbed ‘R&B’s next internet stud’ by The FADER, also drawing support from COLORS and writing songs for international stars such as John Legend and Tinie Tempah. Meanwhile Pierre, aka Peter Fox, is better known as the frontman of multi-platinum German reggae and dancehall outfit Seeed. Travelling the world and working with artists including Sarz, Cracker Mallo and Jr. Blender, RICKY DIETZ’s danceable, soul-drenched sound is one that can be appreciated the world over – from Berlin to Trinidad.