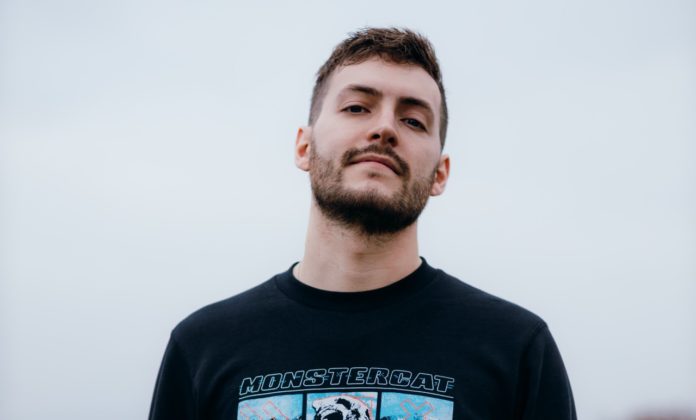 Following up March’s “Wake Up” with the U.K.’s Bloodhounds, the musician’s latest offering once again audibly boasts a thrilling mixture of bass music and rock. The tune immediately kicks off with atmospherically enchanting production elements and is quickly followed by a shimmering vocal cut from Liel Kolet. Various instrumentation is introduced into the sonic space, perfectly complementing the rich, flowing singing. The impassioned delivery serves as a prime counterpart to the rising tension and eventual hefty bass drop, which takes the form of a full-fledged rock anthem, simultaneously crossing into drum & bass territory. Blending genres with ease, Mazare & Keepsake’s latest hard-hitting endeavor is quintessential electronic rock at its absolute finest.

Mazare shares, “I was a fan of Richard and his music way before he became known as Keepsake. We met at ADE, in Amsterdam, in October 2019 and we instantly clicked. Right after that, we started working on this song, we produced it together, and then we decided to look for a female singer to complete the picture and make it a duet; that’s where Liel came in, and she did an incredible job writing and performing the song. It took a while, but I am super happy about the result! :)”

Keepsake adds, “I always have so much fun infusing rock and pop-punk into tracks, and deciding to really go all out with Mazare and Liel on this one allowed us to bring a lot of raw rock energy and emotion to Drum & Bass in a cool unique way!”

Liel Kolet comments, “Open heart came from a very personal and vulnerable place, a place I believe many of us have been in. I hope it will spark a light in your heart and encourage you to not be afraid of being true to yourself and do what’s right for you. I’m so excited to bring it to life with Mazare and Keepsake and hope you can blast your speakers to our song and sing your heart out with us.”

Bridging the gap between rock and electronic dance music, the innovative talent continues to push the envelope well into 2021, with “Wake Up” and his newest masterpiece, “Open Heart”, serving as exciting precedent as for what to expect via his much-anticipated 5-track EP slated for release on Monstercat later in the year.