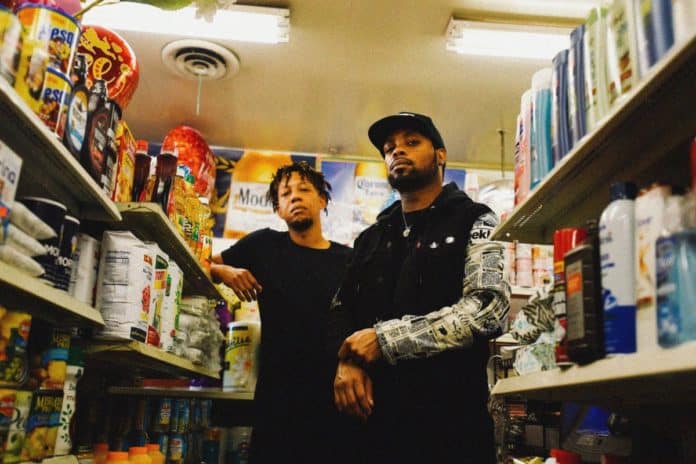 LA-based electronic r&b duo Vindata have returned with their next highly-anticipated album single, “One Time” in collaboration with Grammy-winning singer-songwriter Kaydence.

Out on Monstercat today, the single speaks to the vulnerabilities we feel when we first dive into love, whether that be a rush of fear or complete happiness. It’s another impressive cut that showcases the duo’s versatile ability to balance raw emotion, r&b beats, and electronic complexities – a true testament to their artistic depth. “One Time” will appear on their debut album, ‘…With Opened Eyes’, coming June 4 on Monstercat.

Vindata share, “We collaborated with Kaydence, Tyler Rohn, and Dave Cappa on this record. Early on, we knew that this song was a perfect fit for the energy and tone we wanted to convey on our album. Instantly, it reminded us of that youthful love you never forgot.”

Kaydence adds, “I met Vindata through a super talented mutual friend. I had originally written “One Time” for Teyana but after the beat was used, I decided to revamp it and make it my own. I brought in Vindata and our friend Tyler Rohn to create a whole new vibe for the song, and they delivered. “One Time” is about that moment you completely let your guard down and allow yourself to be vulnerable. It’s an intense feeling based on fear, happiness, and potentially love. We spend our time reflecting on what we think love is based on – our most recent experiences – but let’s just live in the experience and hope it grows into true love.”

Vindata’s musical roots stem from their r&b and gospel upbringing, but since diving into the dance music scene in 2010, they’ve integrated a niche blend of downtempo electronic elements. Making waves from the warehouse to the main stage, the duo have become household names in the crossover space, attracting work with prolific creatives including Anderson. Paak, Mija, Ellie Goulding, A-Trak, Jack Ü, Sweater Beats, and more. Delivering their debut album this summer, they return with purpose on the LP, giving Black producers a space to shine in the dance community and beyond.

Kaydence is a sought-after collaborator and best known for co-writing #1 songs like Ariana Grande’s “thank u, next” and “7 rings,” as well as Beyoncé’s “Black Parade.” Her poignant style has earned her releases with H.E.R, Alina Baraz, Timbaland, as well as upcoming releases with icons like Leon Bridges, Normani, Mary J. Blige, and more.