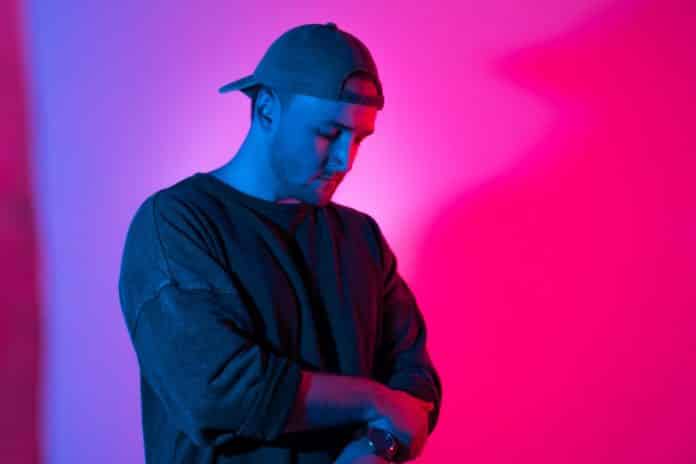 On Living the Phantasm, Morgin Madison creatively funnels the personal highs and lows of a year that seems to have been ripped from a dystopian alternate reality. When the year 2020 plunged much of the world into an extended period of tension and gloom, Morgin found himself at home creating music for a time that felt like a distant dream. With the music industry seemingly collapsing, he began to ask himself “if this is it, what do I want to say before I go?” The question triggered a creative streak uninhibited by concern for the future, giving him room for expression in its purest form. Living the Phantasm was born.

Kicking off his debut with a glitchy, attention-grabbing hook is “Initialize the Phantasm,” a short yet sweet introductory look of what is yet to come from Madison’s dynamic LP. The bright intro feeds seamlessly into “I Hate Portals,” a standout progressive feat of lush synths juxtaposing against its electro-heavy backend before launching into Living the Phantasm’s lead single, “Far From Home” with Gregg Sgar. Blissfully euphoric from its unique chord progressions to its spellbinding vocals, “Far From Home” is an optimistic anthem for trying times.

Continuing through the LP’s pulsating progressive and electro sounds is “Club Dystopia,” a song best suited for hazy dancefloors and club basements. Infectious melodies best characterize this highly technical track, which ushers in its lighter counterpart, “Start Again.” Draped in Madison’s signature synth and percussion work, “Start Again” calls back the bustling breakout era of progressive house, circa 2008-2010. Buoyant vocals carry the track as 8th note progressive plucks whisk listeners away to a world amongst the clouds. With emotions already high, “Rise” aims straight for the heart with its isolated piano and string break, as Madison continues unfurling his wondrous world of sound in the nearly seven-minute journey.

“Free DLC” errs on the experimental side, as Madison flexes his hand at glitchy IDM, before diving back into that 2010-era progressive house that inspired its follow-up track, “Feels Like.” A gorgeous vocal composition drenched in club aesthetic, “Feels Like” is a love letter to progressive house’s formative years. Leading off with a euphoric blend of progressive and electro, “Gamma” captivates from its onset before unfurling into an stirring blend of minimal techno. Serving as an impressive testament to Madison’s skillful sound design, “Gamma” is the producer at his outright best.

Swathed in splendid synths is track 10, “Sun Walker,” a song Madison characterizes as escapist. Fleeting vocal punches stand out as the producer creates mellifluous sunshine through sound. “Reflect” boasts heavy bass undertones, sonically building until its cathartic release. A climactic point in Madison’s debut, “Reflect” is Living the Phantasm’s penultimate single. Bringing the album to its end is its 12th and final track, “All These Worlds.” An ambient conclusion to an extraordinary debut body of work, “All These Worlds” ushers in serene peace, and holds listeners in deep reflection for one final moment.

Living the Phantasm is the debut album from Morgin Madison, available now on all platforms.

“In many ways, this album wouldn’t exist if it weren’t for the struggles of the year 2020. I had wanted to do a proper full-length album for my entire adult life, but it always felt forced. When the pandemic hit, it became clear to me that not only were my aspirations volatile, but so was the music industry at large. I found myself looking inward asking who I truly was artistically and whether I had accomplished what I originally set out to do. With total uncertainty of the future, I found I had one thing left in me, and that was this album. One of the definitions of a phantasm is the illusory likeness of something… and that is what the last year has been for many of us. We’ve lived through something strange and unparalleled, and I created this album right in the middle of that.” – Morgin Madison