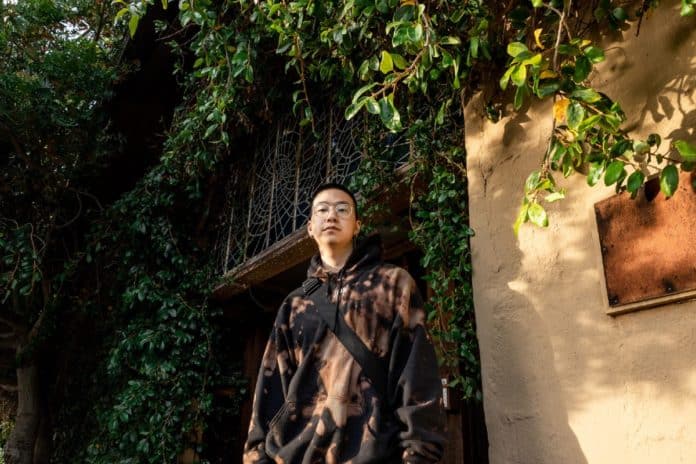 Wielding an imaginative mind seemingly plucked from the writer’s room of a suspenseful graphic novel, Saka has proven himself to be a threat beyond comparison. The Hong Kong-born, US-based producer has made a name for himself in the bass music realm, while showing his creativity shouldn’t be constrained solely to the studio. He showcased his knack for world-building last year through the release of his debut EP via Bassrush, ‘Slipstream,’ a six-track conceptual release centered around the saga of a poor soul named Mina who was ripped from her timeline and thereby forced to overthrow the interdimensional beings holding her captive. Each track was paired with pupil-dilating illustrations reading like individual chapters of the heroine’s journey. Suffice to say, he’s no one-trick pony. Keeping on with the momentous 2020 he enjoyed, the brilliant beatmaker is ready to execute another immersive effort as he channels memories from his formative years into a two-track attack on NGHTMRE and SLANDER’s Gud Vibrations imprint.

“‘Split Punch’ and ‘Wing Chun’ are both ideas that came to me in from exploring things from my childhood,” says Saka. “The first game I ever played and became fully immersed in was a game on PlayStation called ‘Final Fantasy Tactics.’ Upon replaying it recently, I was inspired by a specific spell in the game called ‘Split Punch’ and made a song with the spell in mind. As for ‘Wing Chun,’ I was re-watching the ‘Ip Man’ Kung Fu series I watched growing up as a young teenager and got inspired to make the song afterwards. Both little pieces of my past self, exemplified the way I know how through music!”

On the A-side, he commands the arcane essence with the same expertise of the avatar he controlled as a young-gun. Rather than burn through the entire reservoir of MP all at once, “Split Punch” wears its opponent down gradually with its strategic programming and surreal sound design. A deep yet rumbling rhythm reinforces each thrust of the ensuing warbling bass, twisting and turning amidst feather-footed clinks, soft piano notes, thumping drum patterns and mystical padlines. The short, thunderous bursts of bass don’t let up until the foe is finally vanquished, which is when a victorious winddown wraps up the fight scene. In the other fist is where you’ll find “Wing Chun.” This number takes on a more aggressive stance but doesn’t diminish any of the finesse felt from its preceding partner. Before combat, a glitch-manipulated vocal sample pulled from one of the martial art films is woven into a cinematic intro that gives way to an all-out battle fit for dueling grandmasters. Blow after blistering blow are executed with laser precision while a bludgeoning of growling basslines, crashing drum hits, reverberated synth sequences and hyped-up vocal chops connect with both style and grace. Standing on their own, each of these cuts pack enough force for a little rumble in the jungle—but the true power comes with both working in unison to rock your whole world.

Sitting in Saka’s corner is an already impressive list of bass music champions, having garnered support from heavy hitters from the likes of Zeds Dead, Liquid Stranger, Excision, Alison Wonderland, Noisia and more. His wild, unconstrained take on leftfield somehow ends up feeling like anything less than methodically thought out. The mixture of muscular beats and brainy arrangements create a yin and yang dynamic that has already been active on Inspected Records, Cyclops Recordings, and Bassrush. With his debut appearance on Gud Vibrations, the underground’s underdog cleverly takes pastimes as commonplace as playing video games and watching cult classic movies, and then converts them into extreme auditory experiences not to be confused with anything other than extraordinary.