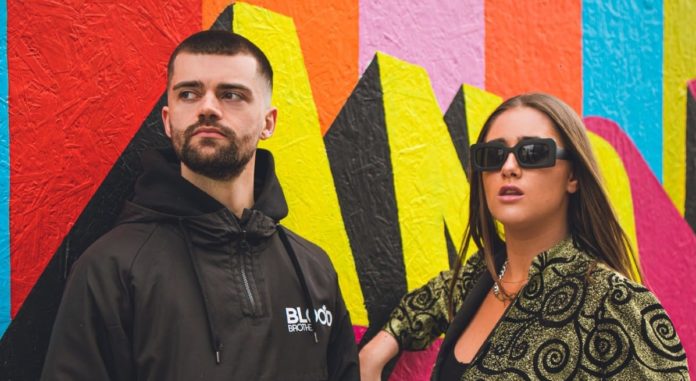 Brighton-born tastemaker Kideko and East London rising star Saffron Stone caused quite a stir with debut collab ‘Get Up’ back in 2020, and they’re cranking it up a notch one year later with an equally epic anthem.

Released on Armada Subjekt, their reimagination of Yarbrough & Peoples’ ‘Don’t Stop The Music’ is everything you’d want it to be: confident, playful and delightfully groovy whilst keeping the old-school vibe alive.

With specks of disco and the original song’s strong message at its core, Kideko and Saffron Stone’s debut release on Armada Subjekt was made to rule the peak time. Juggling powerful dual vocals and tight grooves on a steady bass rhythm, ‘The Music’ will get the crowd moving no matter the situation.

“Saffron and I always have a laugh in the studio and I think that comes across in the track”, Kideko says. “It has a playful energy and the vocal is so feel-good. For me, it feels like it can work in so many different settings whether it’s vibing to a sunset at the poolside or 2 a.m. in a club I love.”

“Kideko and I have always hit it off in the studio when we’re making music and catch a vibe, often sampling and spicing up old-school classics and having fun with it”, Saffron Stone adds. “The original of ‘Don’t Stop The Music’ by Yarbrough & Peoples is one of my all time favorite tunes. The idea of sampling this iconic track and putting our twist on it, along with the lyrics resonating so much to the current times, meant we just had to recreate it!”

“The message behind ‘The Music’ is powerful”, she continues. “It’s about remembering the good times on the dance floor and getting back to the rave. It’s about how music can make you feel, the energy that comes with it, the excitement and connection. The lyrics ‘Don’t Stop The Music’ resonates and unites us all.”

Both producers on the rise, Kideko and Saffron Stone have been turning quite a few heads in the past few years. Kideko, whose list of collaborations includes dance heavyweights such as Armand van Helden, Sonny Fodera, Friend Within and Magician, broke into the scene in 2015 with multi-million-streaming single ‘The Jam’, scored a huge hit in 2016 with ‘Crank It’ (with George Kwali, feat. Nadia Rose & Sweetie Irie) and saw his 2017 single ‘Dum Dum’ (feat. Tinie Tempah) get instant appreciation from BBC Radio One’s Annie Mac as Annie Mac’s Hottest Record In The World.

In turn, Saffron Stone saw her track ‘Starstruck’ hit #2 in Beatport’s House chart and got introduced by MistaJam as London’s finest female DJs and one to watch as he played the heck out of her track ‘All Over Again’, making it his Future Dance Anthem. Together, they’re a force deemed unstoppable, as proven first through debut link-up ‘Get Up’ and now via this sizzling anthem called ‘The Music’.