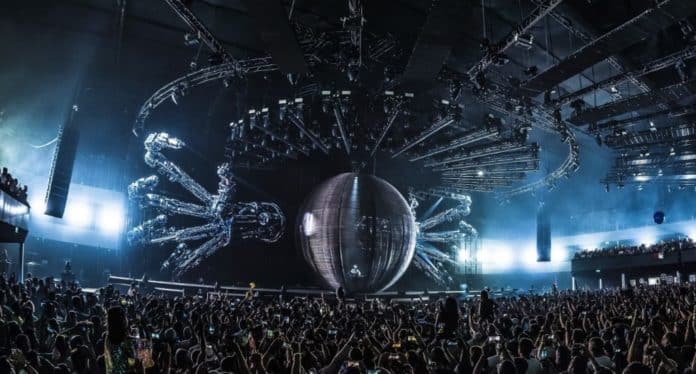 As reported by Billboard, electronic music titan Eric Prydz has signed on with CAA and will be managed by Alex Becket who also currently manages RÜFÜS DU SOL, Lee Burridge and Arcade Fire’s Win Butler among others.

Prior to this, Prydz was managed by Paul Morris of Paradigm Agency, who left the company last month to work dedicatedly for Tiesto. In addition to Becket, CAA’s Darryl Eaton, Hunter Williams, and Mac Clark will also work closely on Prydz’s projects moving forward. Prydz will continue to be managed by Michael “Mick” Sershall of London’s Sershall Management and his global press team will remain being managed by Infamous PR.

The shift to the agency comes with the intent to “bring his artistic vision” to the United States, as explained by Becket in the interview with Billboard. He went on to say, “2021 will just be about seeing out those commitments and letting the dust settle in a post-COVID world.

He also went on to add that he hopes the move to CAA will “cement [Prydz’s] status as a truly unique and contemporary artist and a world leader in the dance space and production world.”

While the initial plans to bring Holosphere to Tomorrowland and Creamfields were squashed by 2020 cancellations due to the pandemic, they were also put off from 2021 plans due to the dates of both festivals clashing and put off till 2022. In the light of this news now, Prydz and his team will now be actively working to make HOLOSPHERE shows more accessible to his American audiences soon.

While the logistics of beginning the mammoth sphere to the US festival circuit remain a challenge, Becket set they are not only ready but excited to face the challenges that come with it saying, “I don’t think there’s any trepidation or intimidation about that at all. Quite the opposite. We welcome that challenge. He’s got a team of experts around him, guys that don’t mess around. We’re just excited to see when and where we can get the Holosphere over here.”