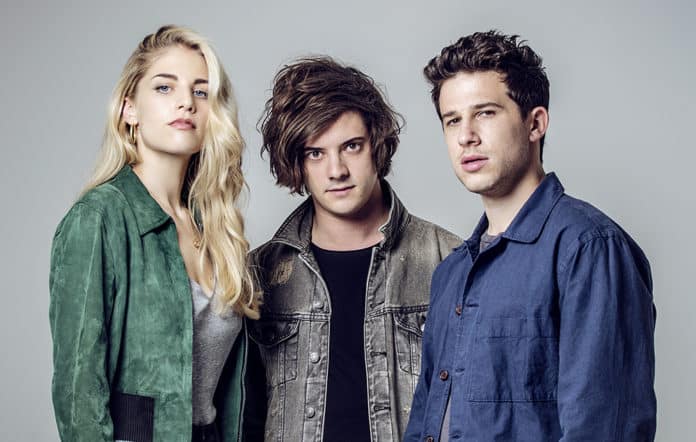 Having broken through the shackles of success a number of times, grinding through a rather large crowd of indie specialist artists, London Grammar have carved a niche for themselves with a unique brand of emotive yet lush sound, led by the tantalising vocal front from Hanna Reid, a driving force in the band’s posthumous rise to stardom.

The London based trios past exploits including full length LP’s ‘If You Wait’ and ‘Truth Is A Beautiful Thing’ are sonically nuanced albums that touched the right nerves with a strong emotive yet dreamy brand of music. Given band lead Reid’s past admissions to her concerns with the music industry, strongly voicing her opinion on experiences that fostered her disillusionment with the music industry, the band does not hold back from expression with their lyrical propensity and musical prowess.

The band’s latest offering ‘Californian Soil’ definitely conforms to the signature melancholic yet broody sound albeit with a fresh upbeat yet nuanced perspective capturing the bands capabilities.

The album opens with a gorgeous sense of emotive balladry and dramatic tension, ‘Intro’, bringing in a flavour of what is to come. A lush sounding chord structure coupled with Reid’s melancholic background vocals, catches our attention immediately.

The album moves on to a dreamy pop selection, the reverb-soaked ‘Missing’ which gradually encompasses a soaring sense of purpose and euphoria.

‘Lose Your Head’ and ‘Baby It’s You’ (co-produced with George FitzGerald) further lend a lush and lively component to the album, a sound that’s fresh and more upfront with its instrumentation, depicting the arms-up, festive fervour that is a breath of fresh air in an otherwise melancholic album.

‘Lord It’s A Feeling’ further divulges the new era in the bands production prowess with a fresh brand of electronica capitalised by a lush background vocals and an assertive confidence in Reid’s tone.

‘How Does It Feel’ is a calculated step in a new direction, riding strong on a more contemporary pop sound with its funky bassline and upbeat chords that bring a sense of vibrancy the album, that’s different yet tastefully done from the band’s perspective.

‘Call Your Friends’ and ‘I Need the Night’ further branch out to the trendy vibe that the band wishes to expresses, harnessing trendy synths and atmospheric piano melodies.

‘All My Love’ and ‘Talking’ are evocative ballads that the band is best known for, with one of the best vocal performances on the album, eliciting a deep rooted sense of emotion and melancholic fervour.

The album closes with ‘America’, a thematic signature of a casual guitar riff signifying the band’s intentions and aspirations.

Californian Soil is definitely London Grammar’s most ambitious and adventurous album till date, with a strong group effort of assertive emotion and blossoming evolution.