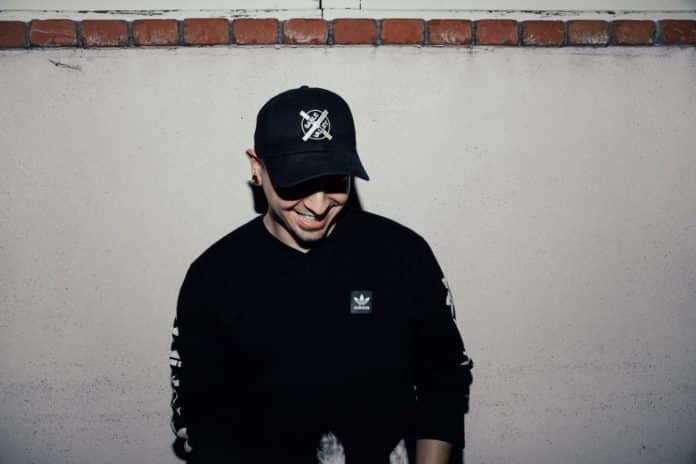 “Pure Action” grows his vigorous DnB production catalog and adds to his collection of respected co-signs. Kumarion’s latest effort, amidst the return of live shows, also fuels the excitement around his sound, brand, and dazzling potential. “Pure Action” unveils itself immediately as a track that will make your hair stand on edge. Eerie, glitchy synths open an ominous atmosphere that signals the arrival of Kumarion. Listeners are jolted into a build at 0:22, vocals foreshadowing the “action” to come. An aggressive, yet groovy DnB drop rings home, and once again listeners are enraptured with Kumarion’s signature style of distorted sine compression bass and evil-sounding reeses. Kumarion made an undeniable impression in 2020, and his recent string of releases attest to anything but a continued path to success. Adding another accolade to his belt with an official Monstercat release, look for Kumarion to continue to compel listeners everywhere.

Kumarion shares, “This track is definitely a little more upbeat and less dark than a lot of the stuff that I usually write. My intention was to keep the energy up with an in-your-face kinda reese bass in order to match the “pure action” pre-drop vocal. The whole point behind the song was to have it feel like a comic book fight scene.”

Born in Seattle, WA, Omar Kadmiri’s music career took shape after becoming enraptured with the Drum & Bass (DnB) genre in 2011. Exposed through the punk/reggae scene, Kadmiri found admiration in the culture as well as the chaotic style of Dub/Jungle Bass music. He began making dark, melodic music on his own, subsequently forging his current moniker, Kumarion, in 2015. “Want It” stole the show during the abrupt 2020 festival season, earning co-signs from Boombox Cartel, CloZee, Feed Me, JOYRYDE, RL Grime, Louis the Child, and Subtronics. Since its February 2020 release, “Want It” has racked up over 2 million streams on Spotify. Last week, the producer was officially announced as an addition to GRiZ’s inaugural Space Camp festival, which features Liquid Stranger, CloZee, LSDREAM, Lucii, Moore Kismet, and more.