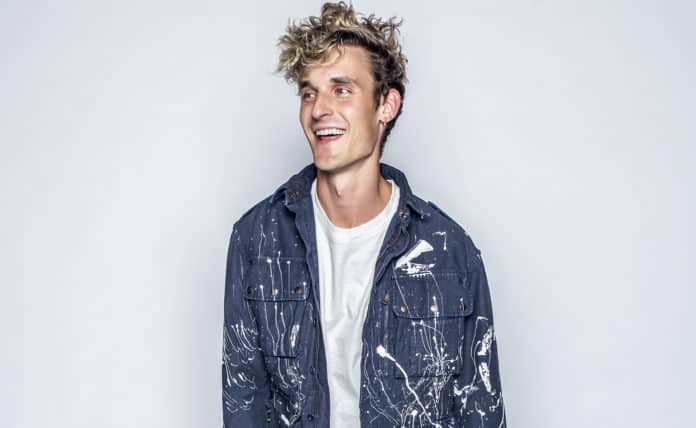 The track showcases the evolution of GRiZ’s versatile sound, exemplified by a combination of vibrant saxophone melodies and astronomical synth sounds. It’s a planetary banger for the ages and signals a busy year ahead for the leading producer.

In GRiZ’s own words on the track: “Intergalactic blaster Astro Funk bout to take you on a trip. Gas up the spaceship.”

GRiZ has hit 2021 running, having released a series of four tracks including ‘Vibe Check’, ‘Ease Your Mind’ (with Ganja White Night), and ‘Bring Me Back’ (with Elohim). These tunes paint a picture of Grant’s creatively diverse mind, each with their own distinct composition and style. It’s the kind of multi-genre release calendar that beckons questions about what else he has been up to locked down in the studio.

GRiZ also just sold out his largest and most ambitious headlining show to date, “Space Camp,” a two night adventure at Virginia’s iconic Hampton Coliseum on December 17-18, 2021. The show will feature two unique sets from GRiZ himself alongside some of the most talented names in the bass community including Liquid Stranger, LSDream, CloZee, and Moore Kismet among many others.

Expanding upon his creative endeavors, GRiZ debuted the winter edition of his health and wellness retreat “Virtual Camp Kulabunga” in February after triumphantly ending 2020 with the seventh anniversary of his charitable “12 Days of GRiZMAS” event series, which raised over $200,000 in support of Detroit public school students.

The latest release of ‘Astro Funk’ provides listeners with a chance to enjoy yet another product of GRiZ’s endless flow of creativity. Stay tuned for more new music and surprises from GRiZ in the coming months.