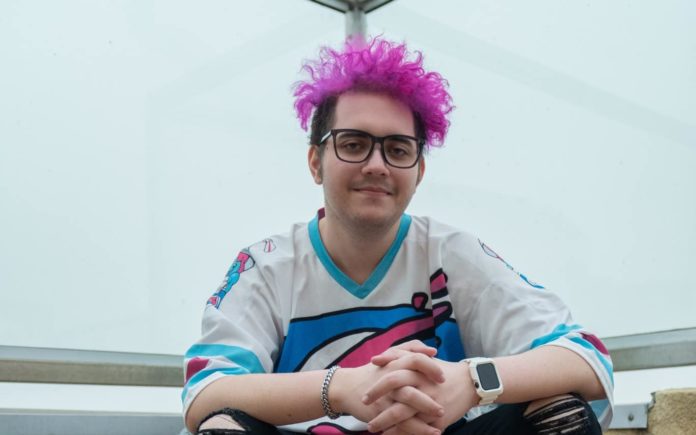 Embodying its mythological meaning, “Valhalla” exudes power and greatness in its reverberating piano chords and pulsating synths. The stems from the single will directly integrate with gameplay in SMITE, as Slushii’s character Hades uses abilities on the Battleground. To produce a track that resonates both in-game and with his core fans is a testament to Slushii’s well-rounded craft as an artist.

Slushii shares, “When Monstercat and SMITE approached me about this project, I couldn’t have been more excited. My fans know how much gaming means to me – I’ve been part of the culture since I was a kid. I knew I had to produce something that would work both in the game and absolutely bang-out at festivals. Can’t wait to share everything happening around this special record.”

Gaming has played an integral role in Slushii’s life, musically and personally. In September, he took to the Fortnite Party Royale stage for the game’s third virtual Spotlight Concert, debuting what would become the fastest-growing Monstercat track to date, “All I Need.” Beyond the SMITE collaboration where Slushii personally customized his God Skin, he’s released music in titles like Rocket League and Beat Saber. He’s also known to be a champion for building safe communities in the gaming space, using his platform to protect kids like him who suffer from Asperger’s, Autism, or related illnesses, and are victims of bullying.

Stream “Valhalla” today and find it in SMITE tomorrow, as part of Monstercat’s Battle Pass alongside music themes, God Skins, and more from Sullivan King, Koven, and Noisestorm