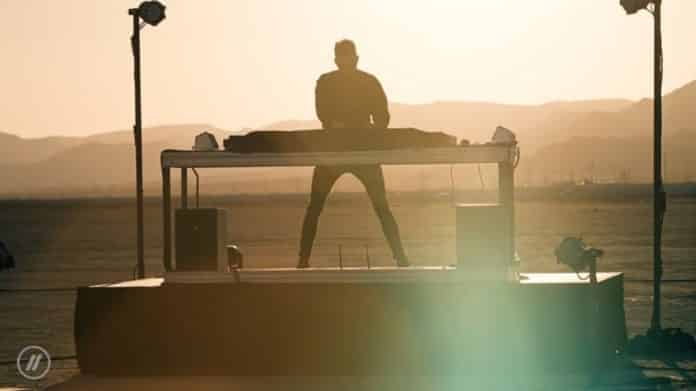 The best kept secret in Gareth Emery’s 2021 live sets has finally been revealed. ‘Friendly Fires’ – a white-hot ‘ID’ which has been setting the tone early during all of his recent shows.

Emery has consistently produced genre leading tunes for over a decade, with a string of hits including ‘Concrete Angel’, ‘Reckless’, ‘Saving Light’, ‘Take Everything’ and ‘You’ll Be OK’. The latter being one of 2020’s standout Trance tracks, which spearheaded his ‘THE LASERS’ album and inspired new record label ‘We’ll Be OK’.

Amidst the action of his last album campaign, Gareth has kept himself relentlessly busy, finding novel ways to perform live during the pandemic and leading the charge as an electronic artist in the NFT and Crypto space. (Superrare, Nifty Gateway).

With so much forward momentum, it’s unsurprising to see Emery already crafting more top shelf tunes. In fact, we wouldn’t be surprised if ‘Friendly Fires’ and other mysterious “IDs” currently in his sets are the early workings of another studio album.

You can check out Gareth’s “Full Circle” livestream here for a taste of 2021 Emery electronica. He debuted the new song right as the sun went down over the Nevada Salt Flats. It’s been a red hot crowd pleaser at his sold-out Laserface Drive-Ins (Southern California) and current run of ‘Lockdown Closing Parties’ (North America, UK). No doubt it will also turn heads at Zouk Las Vegas, where Emery has announced a new residency.

If anyone needs a reminder of how graceful yet energising Gareth Emery records are on the dancefloor, this is for you. If you get the chance to hear ‘Friendly Fires’ at a live show this summer, don’t miss it!