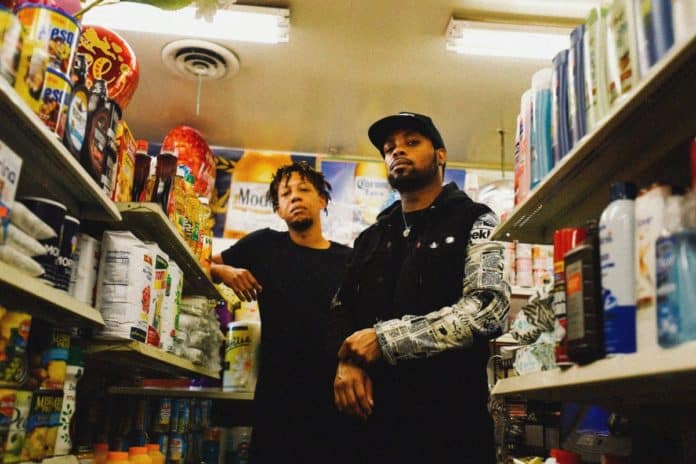 The 12-track package features tastemakers like Grammy-winning songwriter Kaydence, vocalists MACKandgold and Maurice Moore, rapper Leon St. Heron, and more. The versatile project arrives with a beautifully intimate visualizer for the standout single, “Skin (I Give In To You)”, directed and produced by Simon Hutchins.

Following a brief hiatus to reflect and grow, Vindata returned to the scene with purpose this year. ‘…With Opened Eyes’ reflects on the pivotal moments that have shaped who they are today, shedding light on the power of the human experience while bringing groove and diversity back to the dancefloor.

Vindata share, “The creation of this entire album has been a long process. It really challenged us in new ways. But, it was rewarding at the same time because it personified who we truly are as artists and as individuals. We’re incredibly thankful for all the blessings AND hardships that helped get us here. And we’re humbled to be able to share these experiences with the world.”

They continue, “‘Skin’ is a record that we felt captured the true essence of the album, which is why we decided to premiere it alongside the entire project. The song came together organically with the help of Leon St. Heron and Leeuw. We’ve been friends of Leon for years now, and we were finally able to work together on a track that fits us both. We’ve worked with Leeuw before, and we knew she would bring that deep sultry feeling to the record. We’re extremely grateful for the way it turned out.”

Collaborator Leon St. Heron elaborates on “Skin,” “The song is about that infectious feeling of being revived by a person’s energy, that undeniable vibration and how it can get under your skin, in your mind, maybe even find its way into your heart.”

Leeuw adds, “When I heard what the guys were working on, my mind immediately went to a melody that I wrote on guitar a few nights before. I tried it out and the rest of the song flowed organically. It’s about both surrendering to and accepting love. Our skin is what the world sees, what is beneath can only be revealed to those who are willing to see and be seen. Leon added the verses and the song transcended beyond anything I could have imagined. I hope people feel the essence of “Skin” and are inspired to take a journey inward deep into the soul.”

Vindata entered the dance music scene after originally setting out to produce hip-hop. Having come up in the church, they fused their soul upbringing with downtempo electronic, reflecting sonic similarities with artists like Kaytranada, while attracting collabs with scene-shapers like Anderson .Paak, Skrillex, Ellie Goulding, and more.

Their transition into club and festival culture opened their eyes to the disproportionate amount of Black artists DJ’ing at raves, despite the genre’s roots firmly planted in Black tradition. Striving to reshape dance music’s landscape, Vindata are using their platform and their deeply personal stories on this album to uplift burgeoning bipoc creators across electronic music and beyond.

Catch Vindata performing songs from ‘…With Opened Eyes’ for the first time live at the following upcoming dates, with more to come!