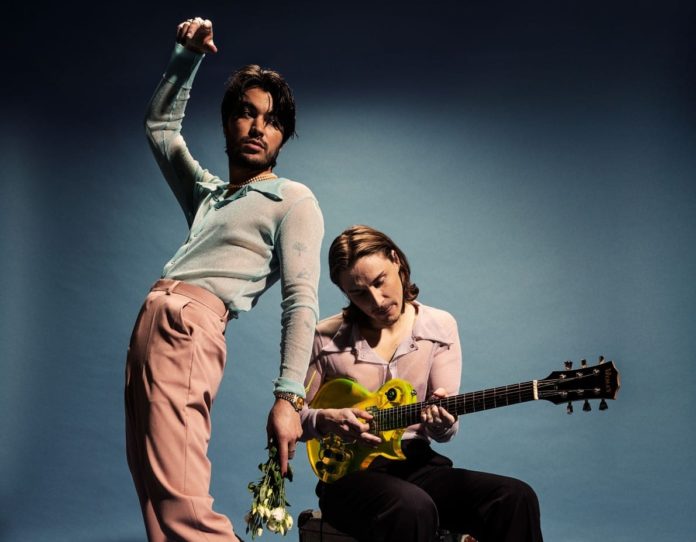 Swedish pop duo Jubël release their EP ‘6115 Orange St’., an homage to the City of Angels as they continue longing for summer from their Swedish hometown.

While it’s almost a 15 hour flight from Stockholm to Los Angeles, distance has only made the heart grow fonder for Jubël, who were deeply inspired by their first writing trip to the West Coast two years ago and have craved the transAtlantic move ever since. An EP drenched in feel-good vocals and celebratory messaging, ‘6115 Orange St’. hopes to raise positivity for fans as the world slowly emerges from the effects of the global pandemic, just in time for summer.

The EP also features three never-before-released tracks: “Puerto Rico”, “A Part of You”, and “Vanilla Sky”. All three of these records continue Jubël’s widely recognized legacy of creating dance-floor ready, electro-pop tunes that can rouse any party.

The pair have been climbing the charts this year with pre-EP releases such as “Weekend Vibe” and “Dumb”. Toe-tapping groove “Weekend Vibe” saw support from the A LIST on BBC Radio 2, and has accumulated over 50 million views on Tik Tok, and has also remained in the Top 30 Airplay Chart in both UK and Sweden.

It also went on to receive a remix from LA producer Vice, who offered up some darker shades to the catchy pool-party heater, effortlessly transporting the track and its listeners to cocktail hour at the hippest LA rooftop.

As Jubël’s influence continues to grow on the international pop scene, ‘6115 Orange St’. serves as a playful reminder to try and not take life too seriously, enjoy the sunshine, and defines the duo as a radio-friendly band with a crisp electronic edge that is poised to continue their global upward trajectory.

‘6115 Orange St’. is available to stream now across platforms from Warner Records Sweden