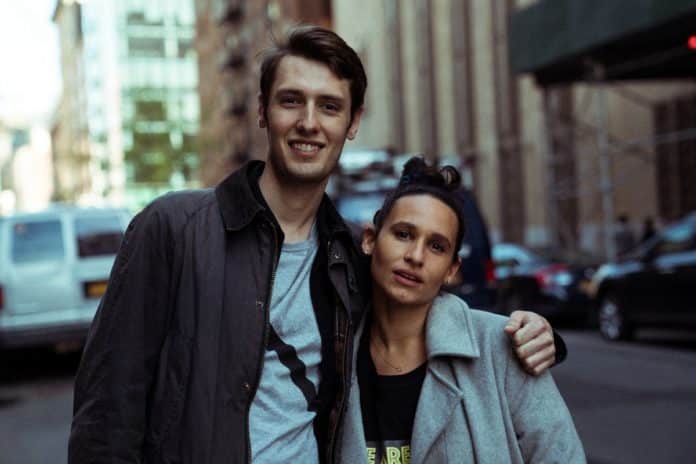 David Marston and Sarah Couch are DejaVilla. The Jamaica-raised tandem distill the sounds of riddim-tinged electronica with worldly aromas and future-R&B. Ahead of their forthcoming studio album Castle With a View, DejaVilla Unveil “In The Morning” featuring Shanique Marie Friday, June 4 via Ultra Music.

DejaVilla map fluid, sexy soundscapes to define the fabric of their signature sound. David and Sarah hail from the vibrant metropolis of Kingston- the capital city of Jamaica where much of their artistic inspiration is found.

Although the duo have been acquainted since their school years, they spent years traveling solo, gathering the inspiration that ultimately led them to their magnum opus in 2017- DejaVilla. As of today, DejaVilla collaborates long-distance between London and Kingston, but no distance can water down their poignant synchronicity.

Producer/songwriter David lives in the United Kingdom crafting ethereal dance riddims while Sarah adds a signature Jamaican flavor via patois-tinged vocals and sensual lyrical prose. Their debut single “Suit A Rebel” in 2018 was a breakout hit signed to Ultra Music followed-up by “Feel Me Running Away” featuring Kat C.H.R. In 2019 the duo released “Ochi to Mobay” an ode to sexual liberation and unwavering self confidence.

Their self-titled debut EP, also released in 2019, was stepping-stone success which led to a New York City tour where they performed at venues like Alleycat Amateur Theater, Soho House, Harman Store, and Elsewhere. Following a mention in Rolling Stone India and the recent release of “Chocolate in Your Pocket” which saw praise from outlets like Lyrical Lemonade, C-Heads Magazine, Clout Magazine, and many more, DejaVilla announces their next studio album Castle With a View.

The genesis of the album comes by the way of their lead single “In The Morning” featuring Shanique Marie, vocalist of the world famous dancehall ensemble Equiknoxx. A sultry electro-R&B number with rich guitar riffs and stunning vocals courtesy of both Sarah and Shanique, “In The Morning” is a flirty, captivating debut to the anticipated LP.

“This song has special meaning to me as it is the first beat I made when I started producing during my first year of University. It has evolved a great deal over the years from its original formulation, but I am really happy with how it has taken shape as a DejaVilla song. The track is built on emotive and lush T-Pain-inspired R&B instrumentation and showcases Sarah and Shanique’s outstanding vocal talents and songwriting.” – David Marston