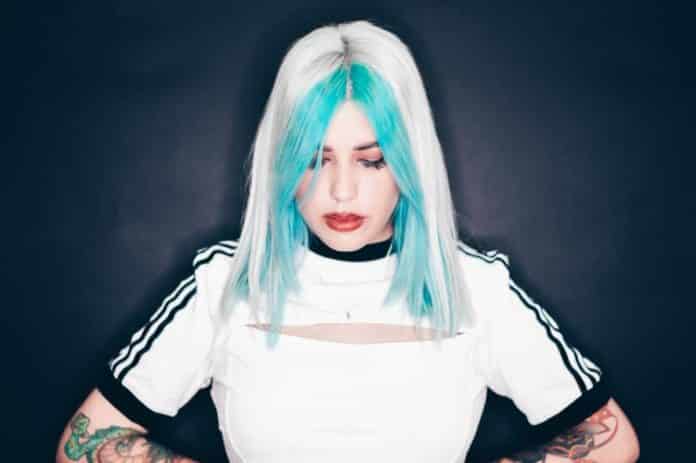 Jessica Audiffred and Steller go medieval on their wicked dubstep collab, “The King Is Dead,” which has been knighted as the official Forbidden Kingdom 2021 anthem.

Next weekend, hordes of bass-loving festivalgoers will descend upon the Orlando Amphitheater for the Forbidden Kingdom music festival, an immersive two-day journey into a fantastic realm in which tales of mystical beasts, epic battles, and fun-filled conquests unfold to the soundtrack of the most sought-after bass music in all the land.

As the headbangers suit up for an adventure of a lifetime, Mexico City’s Jessica Audiffred and the fast-rising Floridian Steller come together to bestow the Kingdom with this year’s official anthem—the latter of whom took the honors of presenting the 2020 anthem alongside Selekta.

“The King Is Dead” pays its respects to the fallen ruler, honoring his royal majesty via a hard-hitting and wonky offering that builds on the theme and a running storyline that reads like pulse-pounding fantasy novel. A cinematic intro marches out with suspenseful pads, zealous chants and boots stomping straight into the fog of war.

Once both friend and foe are in position, an outburst of relentless womps proceed to catapult themselves into the thick of armor-piercing synth stabs, pulverizing bottom-end and intense drum arrangements. The fight comes to a grinding halt, allowing troops a short time to collect themselves until the clash of steel recommences, only this time there’s a left-field wobble sent in to clean up. It’s an enthusiastic call to arms, one that is worthy of the title it earned for this year’s iteration.

“This song will make you do a bass face no matter what,” says Jessica Audiffred. “It’s an anthem created for one of everyone’s favorite festivals, which brings that super special unity vibe to the table and releasing it on Bassrush was the perfect combo for this heavy/wobbly collab!”

“I was lucky enough to win the anthem contest last year, and I’m honored to have the opportunity again, this time alongside an incredible producer and dubstep queen,” says Steller. “I’m also thrilled to be releasing this on such an awesome label. I think the track definitely showcases both of our different sounds, while still representing the vibe of Forbidden Kingdom.”

Over the last few years, Jessica Audiffred has established herself as a force to be reckoned with amongst bass enthusiasts, having made deep strides in North America following back-to-back performances and tour dates with titans such as Excision and RIOT TEN.

Her unique take on trap and dubstep has put her in the sights of tastemakers across the globe, leading to collaborations with Crizzly, Monxx, Point.Blank, Walshy Fire and the list continues to balloon out of control. On the opposite end, up-and-comer Steller has been making a name for herself, both in the studio and behind the decks, as she continues to garner support from Liquid Stranger, Zeds Dead, Jauz, Marshmello and beyond.

She’s coming fresh off a label debut on Bassrush by way of the newly formed Discover X series, a new initiative headed up by Insomniac’s Discovery Project that kicked off with the inaugural 10-track ‘Discover: Dubstep 001’ compilation.

With only one week standing between us and the next adventure, the new “The King Is Dead” collab between Jessica Audiffred and Steller is the perfect way to open the portal into this year’s Forbidden Kingdom.