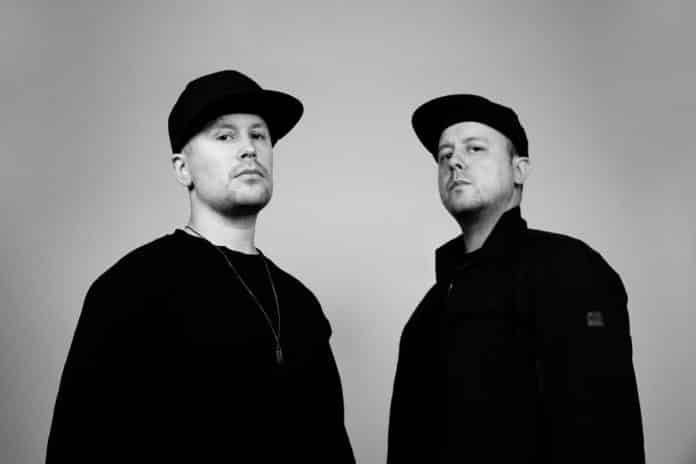 Following on from a brilliant release just two weeks ago, Hybrid Minds are back with the official music video to accompany their latest single ‘Bad To Me’ Ft. Grace Grundy.

Since it’s release, Bad To Me has attracted huge support from tastemakers in the scene. With a GeorgeFM global radio premiere, the track was uploaded to UKF’s YouTube channel as an online premiere before it was heard on the airwaves around the world with BBC Radio 1, 1Xtra, Kiss FM UK, Kiss Dance, Kiss Fresh, triple j, Capital Dance UK, Studio Brussel and 3FM all getting behind the track.

What’s more, Hybrid Minds and Grace were the cover stars of Spotify’s Massive Drum & Bass, while the track was added to Spotify’s New Music Friday, Massive Dance and various Apple Music playlists across six different territories including New Music Daily and New In Dance. To top off an incredible week one, the guys gifted fans with a throwback set live at DJ Mag HQ last friday.

Now at a combined 600k streams in just two weeks, Hybrid Minds continue to build momentum for Bad To Me with the release of their official music video. Directed by Sillatape, ‘Bad To Me’ is brought to life with an all too relatable tale of self-destruction.

Featuring shots of Grace singing the hard hitting vocals alongside a narrative which takes you through both the high and lows of ‘getting lost in your own mind’, the music video perfectly encapsulates the feeling of putting on a brave, happy face to the world when you might be feeling anything but that on the inside.

“The track is all about shining a light on how sometimes we might not treat ourselves as kindly as we might treat others. We wanted to get that idea across in the video to make people stop and think for a moment. Patrick has captured it perfectly and Grace’s performance is amazing.”

Independent leaders in the UK drum and bass scene, Hybrid Minds have paved their own way to success through operating from left of centre and keeping true to themselves at every step of the way.

Their early tracks, ‘Meant To Be’ and ‘Touch’ firmly established them within the circuit, before they went on to amass 25 million streams for the latter, release a popular debut album and set up their own label, Hybrid Music.

Fast forward a few years and Hybrid Mind’s accolades have been endless. Their production skills have helped them earn over 1 million monthly listeners on Spotify and their tracks such as ‘Don’t Ever’, ‘Drowning In You’ and remixes for Tom Walker’s ‘Just You And I’ and the mighty Above & Beyond’s ‘Love Is Not Enough’, have seen them earn props from tastemakers the world over, including Zane Lowe, Annie Mac, MistaJam and Pete Tong, to name a few.

With a Radio 1 Essential Mix, New Music Friday Spotify playlist support and a Top 10 in Belgium under their belt with their massive Netsky collaboration ‘Let Me Hold You’, they show no signs of slowing.

While others spent 2020 longing for the return of live shows and gigs, Hybrid Minds were hand picked to become the voice of Kiss FM’s newest Monday night primetime radio show where they showcase the very best in drum&bass music.

The duo, not known for their ability to sit still, have just returned home from an impressive sold out tour of New Zealand which saw them play to fans far and wide across a mighty month long tour. This re-entry into the world of touring following such a tumultuous year for the industry fell in line with the guys announcing that their ‘Outline’ o2 Academy, Brixton show this Autumn is officially sold out, six months out!

Now with a jam packed summer of festivals including Reading & Leeds, Creamfields, Nass, Parklife and many more, Hybrid Minds are set for a busy few months.