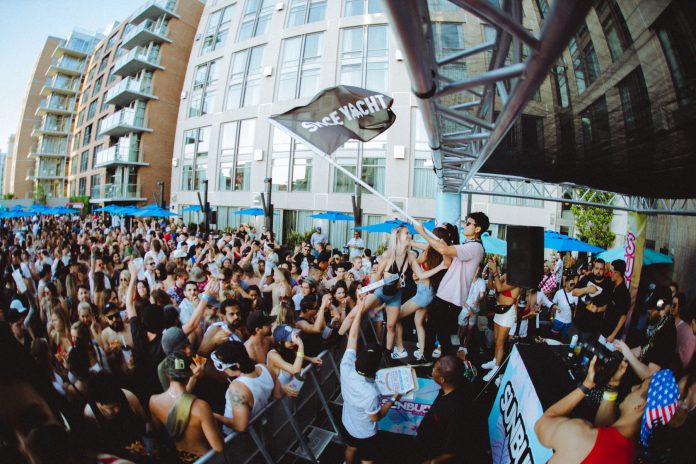 Before the pandemic halted live events, Space Yacht hosted a party in LA every single Tuesday for five years straight, half of which were bass music showcases.

Affectionately dubbed Big Bass Ting, the weekly affairs served as a platform for artists to break out of their local shell and into the national touring circuit.

The Big Bass Ting compilation celebrates the curatorial significance of Space Yacht’s past showcases while championing rising talent of the future. All artists showcased on the compilation were either discovered at a Space Yacht event, or through Space Yacht’s demo listening Twitch series, Tune Reactor.

Recreating the highs, lows, and overall emotion of a bass-in-your-face DJ set, the compilation is designed to be listened to from start to finish, like an album.

Big Bass Ting opens with NAZAAR, a 21-year El Paso-based producer whose signature sound is defined in “AFTERWORLD,” marrying the roots of his Western upbringing with the hidden riches of the Middle East and the sounds of electronic dance music.

The compilation also features local talents such as 21-year old dubstep producer FUTURE EXIT, who at the early stage of his career has already gained 1.3M total YouTube views; LA-based Skellytn, who’s known for pushing modern drum and bass boundaries at her live performances throughout Southern California; and San Diego duo Blurred Vzn, who evolved from their hip-hop roots to produce bass music over the last four years.