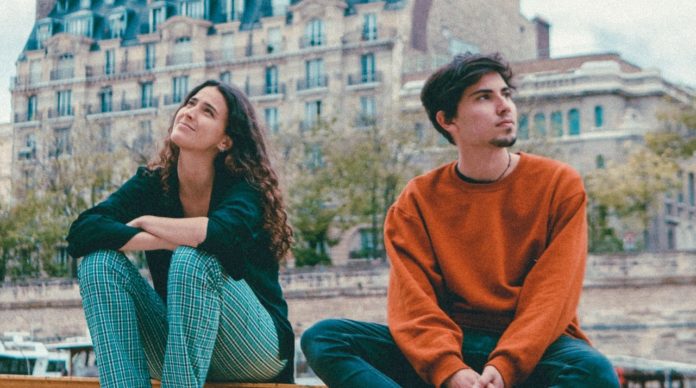 Inspired by his eclectic upbringing in Reunion Island, producer and multi-instrumentalist NASAYA is a well-rounded electronic crossover artist.

Back with his collaborative single “TEMPO” composed alongside Portuguese multi-hyphenate MARO, the genre-bending cut is due for release Tuesday, June 15 via Foreign Family Collective.

Berklee College Of Music graduate and multi-dimensional musician NASAYA brings a refreshing bravado to the indie-electronic landscape. Born and raised by the way of Reunion Island, NASAYA draws influence from the ethnically diverse culture of his homestead.

Inspired by the breeze and easy-going nature of the French island, his musical influence draws from jazz, dance music, pop, and even classic rock. With releases on Majestic Casual, Concord Records, and now Foreign Family, NASAYA’s colorful sound is home to some of music’s finest tastemakers.

With support from media heavyweights by the likes of Pigeons & Planes, Indie Mixtape, Ones To Watch, BBC Radio 1, Triple J, and many more, NASAYA has proven himself to be a proper crossover act. Beyond the realm of press, NASAYA has landed sync deals with Patagonia, Amazon Prime, Samsung, and Mercedes; and toured as direct support for Goldroom on his 2019 nationwide Plunge Tour.

With a celebrated repertoire including hit singles like “Stuck In A Bubble” and “PATTERNS,” and official remixes for Broods, Tim Atlas, and The Rubens, NASAYA’s upcoming single “TEMPO” adds an enthralling flair to his already impressive catalog.

A welcome addition to Jacob Collier’s live band, MARO toured alongside the English musician as a featured vocalist and instrumentalist. MARO has also opened for Australian musician Fatai in 2018 and R&B/hip-hop act ¿Teo? on his Americano Columbiano tour in 2019.

With over 17 million streams on Spotify and a marked genre flexibility, MARO has solidified herself as one of the more adaptable artists of her generation. Together, NASAYA and MARO blend their respective talents to forge a lush, electro-fusion gem for fans of dance music, R&B, and indie-soul. Inked to ODESZA’s record label Foreign Family, “TEMPO” is a truly unique listen.

“I’ve wanted to write a song that feels like TEMPO for a long time. Writing this was such a fun process as it’s a bit of a collage from parts of other songs we wrote and it came together super quickly.” – NASAYA

“TEMPO is a good first glimpse to the world NASAYA and I are starting to create. It regards time and its spiral sensation, which we then print by doing a play with words on a repetitive, nostalgic beat.” – MARO