Above & Beyond Releases ‘Flow State: Healing With Nature’ 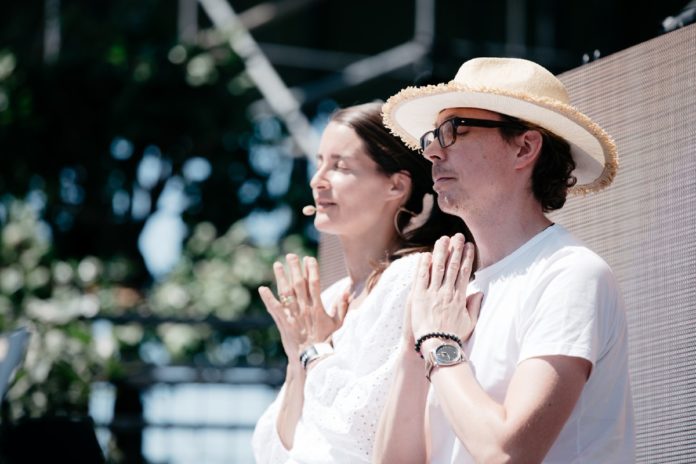 In 2019, GRAMMY-nominated trio Above & Beyond briefly stepped away from the noisy world of dance music.

The result was ‘Flow State’: 17 ambient and piano-based compositions. A reaction to the stress of touring life and described by the band as “music tools for yoga, mindfulness, and mental fitness”, ‘Flow State’ was picked up by global mental health phenomenon Calm, featured in The Times and NME, and had extensive radio play on BBC Radio 1 and Sirius XM.

‘Flow State’ yoga sessions were hosted in 17 cities around the world in collaboration with New York-based yogi Elena Brower and the DAYBREAKER community.

Fast-forward two years and ‘Flow State’ music can be found in the world’s biggest yoga and mindfulness playlists on Apple Music, Amazon, Deezer, and Spotify and has been streamed over 70 million times.

The Flow State phenomenon continues on ‘Flow State: Healing With Nature’, a new pack of meditation tools and ambient field recordings designed to elicit a deep state of relaxation and calm.

‘After months of lockdowns and isolation, many of us have felt overwhelmed as we begin to return to social life. Meditation practice can offer a great opportunity to center ourselves,’ Paavo says.

At the center of this new release is an extended, half-hour original piano piece set to an archival talk by Elena Brower where she discusses the process of meditation. Recorded in a single take, this hour of original music is an entirely improvised, live musical response to Elena’s words.

The EP also includes four ambient soundscapes recorded in the forests of Finland.

‘We hope you find Elena’s talk inspiring, and enjoy these meditative ambiances. See which meditation feels good for you, and transport yourself to mother nature for a short time each day,’ Paavo adds.