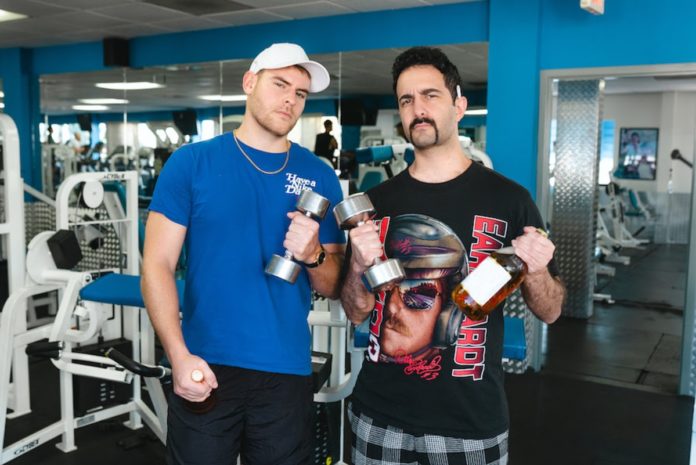 If there’s any collab that’s able to get things rolling again, it’s this one between Valentino Khan and Nitti Gritti.

Two of dance music’s most versatile house heads, taste and noisemakers, releasing a fired up tune like ‘Your Body’ – you know this is going to turn out exciting. Make way for a high energy load of jacked up bass, bursting out with pumped up beats, pitched vocals and a series of drops to die for. ‘Your Body’ is all you want right now, catch it on Spinnin’ Records.

A true dream team, Valentino Khan and Nitti Gritti pull no punches in their newest release. Los Angeles based DJ/producer Valentino Khan has already been coming on strong for quite some years now.

From 2015’s claim to fame ‘Deep Down Low’ (released on Skrillex’ label OWSLA) and 2017’s party anthem ‘Pump’, things only got better in Khan country.

Since then, every production turned heads in the global dance crowd. Khan’s festival favorites include ‘Lick It’, ‘Pony’ and the Mad Decent EP release ‘House Party’, while he also produced highly acclaimed tunes for major hip hop and pop artists, including Major Lazer, French Montana and Lil Pump. So, here’s a guy renowned for his dance music anthems but also knows his way around the studio with a wide array of genres.

Add to this the undeniable talent of Nitti Gritti, another versatile producer who’s already worked with artists like Enrique Iglesias, Pitbull, DJ Snake, Tiësto and Diplo. With the latter, he produced the hit single ‘200 MPH’ for Puerto Rican rapper Bad Bunny, earning him a Latin GRAMMY in 2019.

And now, as festivals are slowly getting into their groove again, Valentino Khan and Nitti Gritti deliver a sure shot crowdpleaser for the masses. As if they’ve been waiting for the right moment to drop this one, ‘Your Body’ has everything you hope for when the dancefloor gets back in motion.

Kicking off with a series of up-winding filtered house beats, the groove is accompanied by cool vocal samples, proclaiming to simply ‘move your body’, before a raw bass line gets the whole tune in motion. This is powerful stuff, with a relentless jacking beat, slick sound effects and vocals that continuously provoke you to keep the energy flowing.

Add to this a bassline that gets better every time you hear it, and you end up with a track that seems made for club and festival excitement.

The oldschool jacking house vibes are perfectly balanced by those contemporary bass vibes, something both producers are well known for. In this case, you’ll get the best of both, as Valentino Khan and Nitti Gritti have only one thing on their minds, get ‘Your Body’ rocking again.