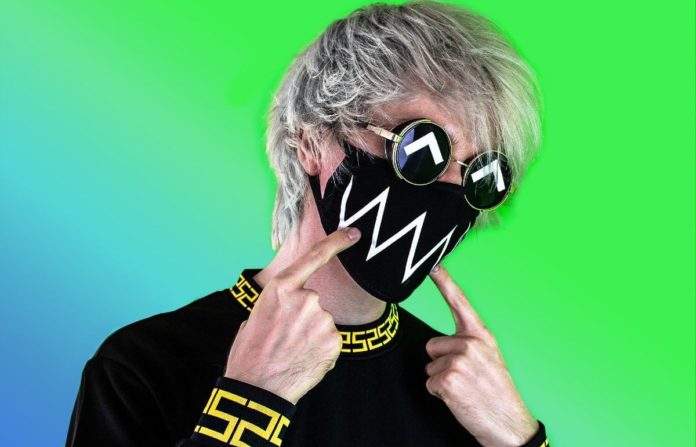 An artist known for his unique brand of EDM combining Japan-infused 8-bit sounds with fierce, heavy basslines, Tokyo Machine has quickly grown to become one of the most recognizable personas in dance music, DJing on some of the scene’s most coveted stages and garnering tens of millions of streams across his captivating back catalogue.

“To work with END OF WORLD (p.k.a SEKAI NO OWARI in JP) – they are a world-class band that I’m grateful to be able to collaborate on a track that will hopefully bring some smiles to Insomniac’s newest label – Lost In Dreams.” – Tokyo Machine

Composed of four childhood friends, End of the World have swept the Japanese music scene in recent years, touring sold-out arenas and stadiums all over Asia and amassing over 30 million global streams on smash single ‘Lost’, a collaboration with Clean Bandit that was also playlisted on BBC Radio 2. More recently they dropped their acclaimed debut album Chameleon.

“We are excited to have this song out with Tokyo Machine under INSOMNIAC new label. It was really fun working with Tokyo Machine especially because we have very different styles. The whole Toki-world is very smart and interesting so when we were asked to feature on this song we were really excited and wanted to create something new. Hope we can perform this song together soon.” – End Of The World

Lost In Dreams music festival will take attendees on a journey through their wildest dreams, blurring the lines between reality and fantasy.

The three-stage event will showcase a new world of future bass, melodic dubstep, and vocal driven dance music on display from an all-star lineup of producers across the genres. Transcending into a multidimensional environment of light, color, and sound, Lost In Dreams will deliver an immersive, visual festival experience unlike any other. Led by Gryffin, Seven Lions, K?D, Elephante, and more, tickets for the September 4-5 festival at the Downtown Las Vegas Event Center are available now at lidfest.co/tickets.

Recently debuting a new Lost In Dreams label showcase radio show via Insomniac Radio on Dash FM, monthly guest mixes will be broadcasted on the first Friday of the month at 8PM PST from artists that fans can expect to see on at the inaugural come this September. The next show is set to air on August 6th, 2021.

‘Silver Lining’ is a fruitful creative collaboration between two of Japan’s most exciting musical acts that certainly cements their position on the radar across all of electronic music.