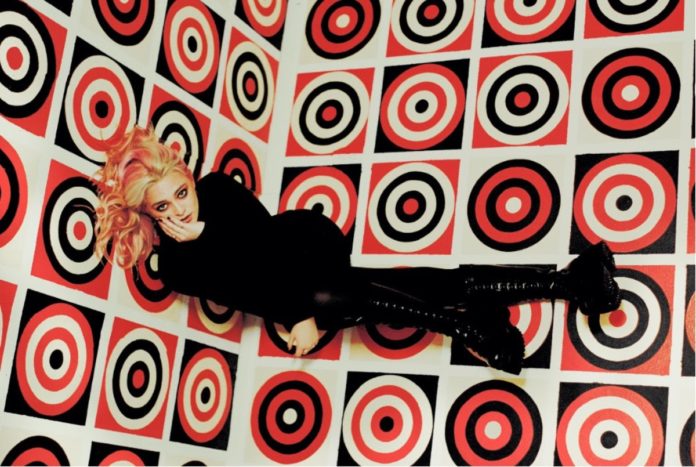 “‘Bullseye’ tells the story of this massive awakening I had in 2020, after realising I had spent my entire life desperately trying to please other people at my own expense”, Adams reveals.

“It’s about my toxic relationships with men, my parents, God, myself and ways I’ve looked for freedom from it all through therapy and also more self-destructive coping mechanisms.

It’s really romantic to me that my album is essentially my journal throughout one of the hardest and most healing periods of my life. I also never really imagined I would feel liberated enough to share these stories so openly when the people and problems I’m addressing still exist in my life every day”.

Firmly tapping into the experiences of her previous life in ‘Bullseye’, an album title inspired by a nickname Justin Vernon gave her playing darts following a chance encounter at a dive bar, the record sees Adams wave goodbye to a youth spent in a deeply conservative, Christian environment in Alabama and kickstart her musical career by relocating to Nashville and searching for her true identity.

Earning substantial critical acclaim throughout the press landscape (NPR, The Fader, Billboard, The Line Of Best Fit, Dork, Gigwise, Clash), following recent singles ‘Maybe Could Have Loved’, ‘Cheer Captain’ and ‘Get High w/ My Friends’, not to mention gaining Taylor Swift’s approval in her Women’s Day playlist, the newcomer is certainly carving her own spot within the alt-rock sphere, attracting welcome comparisons to contemporaries Phoebe Bridgers, Beabadoobee and Girl In Red in the process.