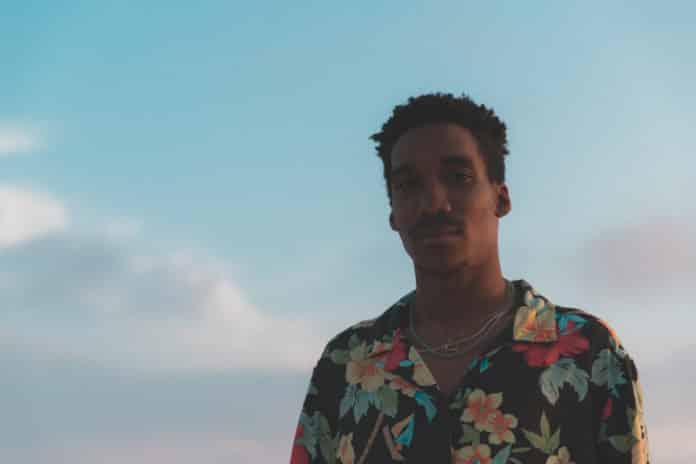 We caught up with him to learn more about how the EP came about including the title, collaboration process with Nick Garcia and more.

Aditya – How did you come up with the moniker Monsieur Frazier? What’s the significance?

Monsieur Frazier – No significance! There’s just some cool alteration going with the two words, plus it just sounds more fun than “Mr.Frazier”, honestly though, it’s always been my Instagram name since I first got on it, and when I went solo from my previous project, I thought might as well use it as my DJ name since it was already familiar to some people.

Aditya – What did the collaboration process between you and Nick Garcia on “Keep You Close” look like?

Monsieur Frazier – The production process was quick and painless. It consisted of two, two-hour sessions, stretched out over about a month, at the studio that Nick was working out of at the time. We both pretty much knew what we wanted to make together, and had been discussing it for some time up till that point, so by the time we got in the studio together, it was pretty much instant, the song kind of wrote itself.

Aditya – With “Keep You Close” you showed a shift to UK Garage, what was the production process for this track and also for “COLORS”, where you seem to depart from the typical Understated sound?

Monsieur Frazier – For “Keep You Close,” the original idea was to make a U.K. Garage, acid house track, I had the drum loop already made, and that sample was something I had chopped about a month earlier, but never recorded it, as I was just messing around, however, it always stuck out to me. I developed a technique of chopping samples on my XDJ-RX2, so even though I didn’t record it, I had the cue points saved, and when it came time for the actual session, I started chopping samples on a brand new CDJ-3000 that had just been delivered to Nick’s studio, after messing around with a few samples, I found the “Keep You Close” sample again, and we knew right away that was the one. We recorded into it Ableton, bounced my drum loop into Ableton as well, as I work in FL Studio, next, there was a Juno-106 at the studio that we were using, so Nick used that to create and write an “acid” inspired bass line, as well write the melodies, harmonies, and chords that are on the song, his jazz background came in handy there, the arrangement was very collaborative, but Nick did most of the heavy lifting there as well, lastly, I knew the song needed one more thing, so I spit some bars about summertime and getting played by a girl, and the rest is history!

As for “COLORS’ that was initially a remix that Micah Smith and I had worked on that was supposed to be on an Understated remix package for a pretty big artist, however, it fell thru, but we both loved that remix and knew we wanted to make into an original track. So we gutted all of the music from the artist, and kept it all of the stuff that was made for it, which were the sampled drum breaks, (Shoutout to the “Think” break!) as well as all of the weird modular, acid synths, and added some new chords, a new melody, a new bass line, and a new vocal hook, courtesy of myself again, and voila! “COLORS!”

Aditya – “COLORS” takes a more lo-fi approach than the track it follows, what was the inspiration behind the shift in sound?

Monsieur Frazier – I guess the inspiration I would say is Logic1000, particularly her first two EP’s the range she showcases on those projects is nuts! I’ve always strived to create music that way, as that is how I DJ. I play everything from house to techno, to disco, to U.K. Garage, to breaks, electro, club, and everything in between. I thought my first E.P. should reflect that, and this was all very intentional. One thing about Logic1000’s projects that I realized though, is that she uses sonic motifs to unify her projects, and still make them sound cohesive, and that is very much I strived to do with this project as well. From the modular zaniness, and emphasis visually inspired track titles on ‘More Vivid Than Life” and “COLORS,” to the broken beat, jazz, and hip hop influences on “COLORS”, and “Keep You Close,” all of these little things sonically link the project together.

Aditya – Your EP offers eclectic sounds from track-to-track, giving listeners a surprise at every turn. How does this bode for future Monsieur Frazier projects or even future Understated projects?

Monsieur Frazier – Thank you so much! I appreciate that. As far as Understated projects, as I said earlier, this is the music we are striving to release. Yes, we do have projects that are a bit more “straightforward,” however, I think this is what this label is truly all about, you can look forward for to us keeping it weird, and fresh! As for myself, I’m working on a collaborative EP with a dear friend of mine, who I won’t announce yet, but the vibes will definitely be as eclectic as ever. I also have a remix for an artist that I need to get started on who I also won’t say just yet… but, I’m currently exploring different genres I’ve yet to tap into yet for that one… Stay tuned!