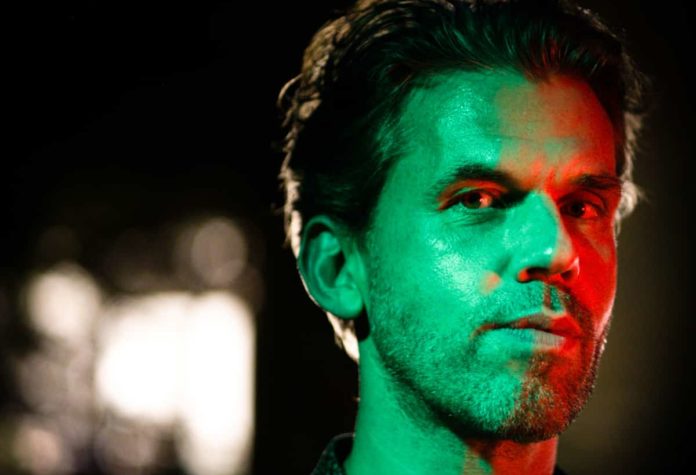 London-based pop singer and songwriter Nick Reeve released the brand new music video for his single, ‘The Heat’, out now on all streaming platforms.

Speaking of the music video, Nick says, “I had so much fun filming ‘The Heat’ video with director Hyago Rodriguez at the end of UK lockdown; first roaming round a deserted Chinatown in Soho at 5am and then taking the shoot to East London for the club scene. I found my heat being back on stage and everyone really felt a sense of freedom and unity dancing together for the first time in over a year. We hope you feel it too!”

We caught up with Nick to learn more about how he managed to fuse multiple genres for “Heat”, the music video, and more.

Aditya – Hey Nick! Firstly, thanks for this interview. What are you up to currently?

Nick Reeve – Last weekend I had a festival gig and also a private gig. Today – I’m about to dive into a brand new song that I started writing the other day, provisionally titled ‘Little Devil’ – it’s about how we manage those little devils that can often sit on our shoulders whispering in our ears! Let’s see how that goes. Tomorrow I’ll be out gigging in South London.

Aditya – Pop, Rock, Electronic & Soulful sounds, ‘The Heat’ is the perfect iteration of these. How did you manage to fuse multiple genres under a single belt?

Nick Reeve – If you break the song down, it’s quite a simple arrangement that my producer, Sour Sync and I kept refining and shaping. I find that the trick is to take out as much as possible so the musical layers are clear. Less is more is so often the way! I love the blend of synth and organic sounds – just look at what Prince was doing in the 80s with some of his most classic tracks – synth hooks and the dirtiest guitar lines plus a drum machine! Genius.

Aditya – The music video certainly looks fantastic, the streets of London and the club, amaze! Can you share the ideation and direction of the video?

Nick Reeve – Colour and people – the transformation from the solo journey on the street of Soho to the unifying excitement of being together in a musical club moment. The Heat is whatever makes you feel alive!

Aditya – In the music video, you are also shown playing the piano. How long you’ve been playing the instrument professionally?

Nick Reeve – I had my first professional piano (aka Pianoman) job up a mountain in Australia, when I was backpacking after my degree. I had trained classically as a child but really was drawn to being the next Elton, Freddie or George Michael. I had to learn very quickly and on the job. There is little mercy once you are being paid by a venue!

Aditya – Considering the multi-genre fusion, where do you draw your influences from?

Nick Reeve – So many artists and genres feed into my musical creativity. I was thinking yesterday about a song I’ve been working on that is quite a cold electronic piece, however I was listening to some classic soul and motown when I was at the gym and suddenly reframed the entire song. Of course it could all change again, I try to be open and free and let as many influences flow into my sound. Hopefully this becomes ‘my’ sound.

Nick Reeve – I have a small studio in my flat – it’s like the secret world I escape into. I shut the door, put the headphones on and I’m away. Some days I leave the session and re-enter the world and it feels like something has changed in the world because of what I just created. This is a truly magical sensation.

Aditya – The track definitely sends out a positive message! Could you shed some more light on being a member of the LGBTQ+ community?

Nick Reeve – While we still live in a world where some people find it hard to accept others, and whilst this rejection and negativity exists, the LGBTQ+ community will continue to strengthen and offer a safe and empowering space for everyone. I have been part of this community for over 20 years and have made some of the best friends I will ever have in life – also known as chosen family – found love and experienced heartbreak – plus there is an abundance of music and artistic energy that has offered me so many beautiful opportunities. I couldn’t be more grateful.

Aditya – The clubs and venues in the UK have recently opened after the catastrophic pandemic, how do you feel about that?

Nick Reeve – It’s been amazing to be back in front of REAL people. Overwhelmingly clear that we love live music and we need to feel THE HEAT of this experience. It’s been an unexpected adrenalin rush feeling the visceral reaction from people who have not heard live music for some time.

Aditya – What are your 5 essential tunes at the moment?

Aditya – Finally, what do you have in store for the last quarter of the year?

Nick Reeve – The next release will be coming soon. I think it’s going to be an EP of songs commenting on the strength and fragility of our human spirits. As I look back on many of my recent compositions, I realised that I often touched on these themes but from varying perspectives. Thematically these songs are coming from a different place than The Heat and Magic – but they definitely all come from my musical soul. I also want to plot in a live show or two so all my new songs can be given the chance to come alive on stage – this I cannot wait for!