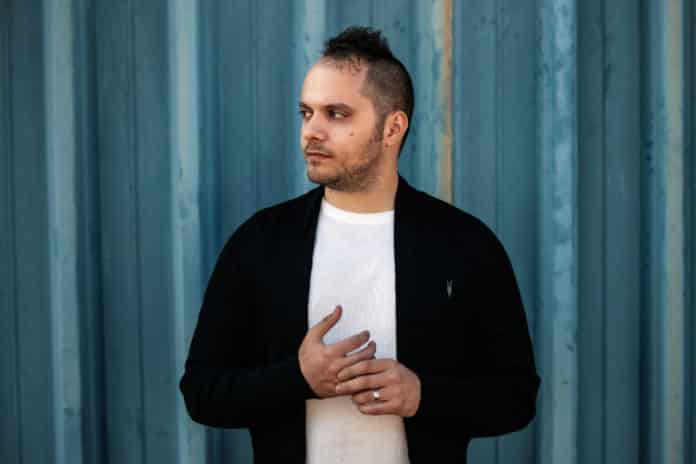 Opening with Nathan’s hauntingly beautiful vocals, dramatic percussion and cosmic synths are introduced, before unleashing a raw and progressive bassline that pushes the track into a dance-ready dimension.

Ebbing and flowing with breakdowns and peaks, this masterful cut marries dark and light elements to achieve a multi-layered sonic environment that perfectly balances the two producers’ globally adored sounds. Setting the bar high with their debut collaboration, this dynamic duo will leave listeners eager to hear what else they have in store for future joint productions.

“Ocean is the love child of myself, Kiko and Nathan Nicholson. I’ve been a huge fan of Kiko’s sound for some time, and Nathan is a very familiar voice to me that was a pleasure to work with. Ocean expresses how it has felt to be in the studio over the past couple of years. We’re all dying to be with the crowds, and I think we captured a bit of that energy we’ve been missing in our lives.” – AVIRA

“Ocean is an inspirational song, with a beautiful vocal and strong lyrics. We took the epic and melodic sounds straight to the point, and it became a progressive banger for the dancefloors.” – Kiko Franco

“It’s about someone who’s emotionally stranded and lost, but through the bleakness knows they’re loved and looked out for – there to shelter and comfort. Josha Daniel and I wrote this back in late spring before handing it over to AVIRA and Kiko Franco to work their magic and bring the song to life.” – Nathan Nicholson

Calling upon his diverse background, AVIRA continues to demonstrate the depths of his talents and musical maturity with every release. Translating his vast musical musings into his unique productions, his releases have found a place on the global stage due to their profound presence.

Evolving over expansive melodic soundscapes, playing with dark and light elements, his recent tracks such as ‘The Worship’ featuring Diana Miro and ‘Hollow’ with Armin van Buuren have helped him to find his voice and connect with a wider audience. With almost 800k monthly listeners on Spotify, AVIRA has seen a rapid rise since his debut release in 2020.

Storming the charts with his remix of ‘Love Tonight’ with Vintage Culture, which was selected as BBC Radio 1’s Summer Anthem of 2021, and #1 on 1001Tracklists’ Most Heard Tracks of 2021, Kiko Franco has risen at breakneck speed.

Celebrating over 1 million monthly listeners on Spotify, Kiko has become one of dance music’s most in-demand acts, and has provided official remixes for Bob Moses & ZHU’s ‘Desire’ with Vintage Culture, and received a personal remix request from Alesso for his song ‘Midnight’ Feat. Liam Payne.

With support from all the right places, his releases have been spun by the likes of Alesso, Black Coffee, Claptone, Joris Voorn, Blondish, Diplo, Armin van Buuren and many more.

Nathan Nicholson hails from Maryville, Tennessee and lives in London, England. Having spent his formative years as the front-man and lead writer for The Boxer Rebellion, Nathan has enjoyed enormous success both through his band and as a featured artist and songwriter.

Over the years, he has released records through Ultra, Armada, PIAS, Defected, Kobalt and many others. A talented vocalist, producer, remixer, and lyricist Nathan has most recently lent his talents to the likes of Claptone, David Guetta, Rita Ora, Eelke Kleijn, Hannah Wants, Tom Staar and Sultan + Shepard to name a few.