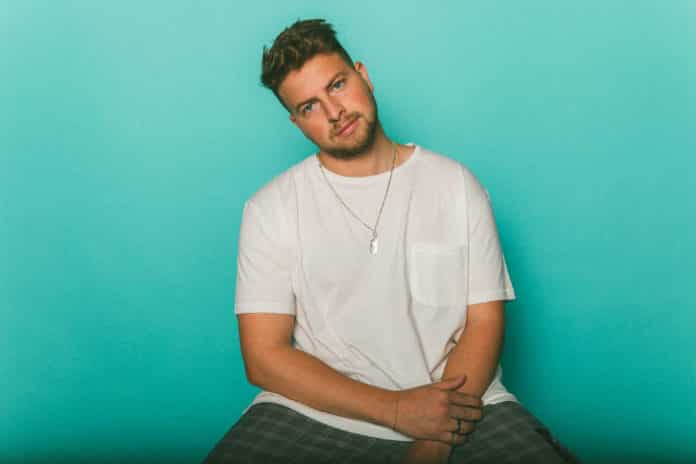 Westend is going all-in on his follow-up appearance for Insomniac Records via a pleasure-seeking house single titled “Life of Sin,” featuring Ranger Trucco.

It’s been close to a full year since the NYC-bred phenom made his debut on Insomniac through the stroke of oscillatory brilliance he packed into his four-track EP, ‘Collide.’

Now that nightlife is finally getting back on its feet, the tech house phenom is ready to pull another ace out of his sleeve. On his latest creation, he leans on the high-roller talents of L.A producer and vocalist Ranger Trucco to make inhibitions seem like a thing of the past. “Life of Sin” plays out as a confessional of sorts, an honest admission between two kindred spirits willing to put it all on the line to have a good time.

Trucco’s raspy vocals are engrained deep in decadence, as he chronicles the all-night shenanigans of the club-hooked couple intent on chasing the sunrise. Westend ups the ante by providing a dark and robust groove that refuses to retire until the naughty number scratches that nagging itch.

“They say write what about you know,” says Westend. “After touring around the US the last three years, I can confidently say that most DJs aren’t good eggs. The lifestyle usually consists of late nights, large hangovers, and regrettable decisions. ‘Life of Sin’ is for all the club addicts and sunrise fanatics out there. The track tells the story of an all-night carouse between guy and girl ravers. Neither wants to leave the club or close their tab. This records all started with the bass. When you come up with a tasty bassline you want to let it be the main star of the show. I have really loved Ranger Trucco’s vocals work and knew I had to recruit him onto the track. Sent him an instrumental to do his magic over and he came back with this crispy vocal that works perfectly and gave the track a real identity.”

Tyler Morris has been touted as one of the darlings of the North American house circuit, having built an ever-evolving discography under his Westend alias.

Adopting the name was a tip of the hat to his storied stomping grounds, a token of gratitude for the wealth of cultural influence afforded to him at a young age via the vibrant musical heritage dwelling from his city’s boroughs.

Simultaneously eccentric yet down-to-earth, his singular stance on tech house has transcended borders allowing him to captivate a global audience for the better part of the last decade. Catching the attention of top-tier tastemakers from the likes of Diplo, Claude VonStroke, Gorgon City, and Tiësto, Westend’s quirky, dancefloor-aimed creations has seen him climb up the house hierarchy on a near-vertical trajectory.

His first humble appearance with Insomniac dates back around his breakout year in 2019, demonstrating his deft production chops on the bubbling number “Clubble” for Insomniac’s off-shoot imprint IN / ROTATION.

He’s since sprouted up on a world-class list of like-minded stables, most notably linking up with fellow New Yorker CID on their springy anthem “Jumpin,’” which has amassed close to 3.6 M streams on Spotify and peaked at the #2 spot on Beatport’s overall charts over a four-week run.

On the other hand, Ranger Trucco has been having his own moment. Born in Northern Michigan, the L.A. transplant has been pricking ears in an impressive short span of time since launching the project less than a year ago.

His tireless output has placed him in good company within some of the same circles occupied by Westend, continually adding new career-making camps into his corner. Armed with an infectious vocal quality and an ability to weave through smooth-as-butter lyrics, the fast-emerging producer has made a huge splash with support from DJ Snake, Oliver Heldens, AC Slater, Malaa, and many more.

Westend’s new single with Ranger Trucco has all the trappings to trigger a Pavlovian response amongst house enthusiasts who will be salivating for years on end whenever “Life of Sin” comes on to celebrate the only life worth leading.