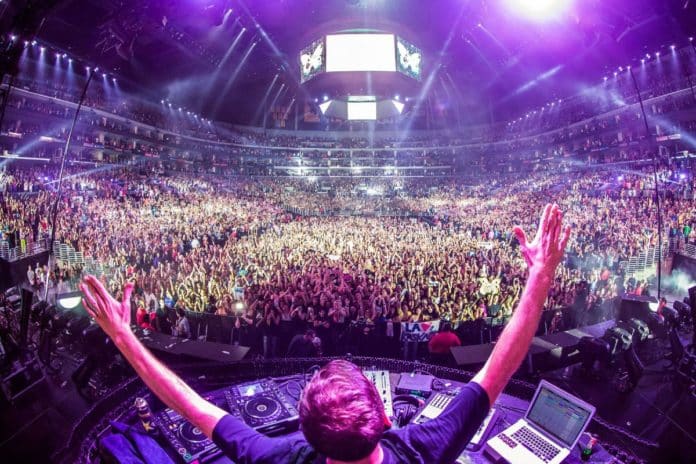 Electronic Music (EDM) has become the giant of mainstream music and media in the recent years and is now officially a competition to pop music both in terms of numbers and popularity. Taking it back to who laid its founding blocks, here’s a guide to EDM Music Genres.

Disco – the “The all-father of Dance Music” is a 4/4 beat-driven style of music that was the preeminent form of dance music in the 1970s. Its name was derived from discotheques that first appeared in the early 1960s.
Initially ignored for radio plays, disco received its first significant exposure when the DJs started playing them in clubs and warehouses that catered to black, gay, and Latino dancers. Credit goes to David Mancuso who created the popular “by invitation only” parties in New York City, which later became known as “The Loft”.

From Purple Disco Machine’s “Glitterbox” label which is pushing the Nu Disco Track sounds to “Blinding Lights”, a track which yet to step out of the billboard hot 100’s. It is clear that disco can never die.

Famously dubbed as the daughter of the Disco genre, House is a feel-good dance floor music with a steady 4 on the floor beat. House sets itself apart from other Dance genres by providing groove and soul. It is digital Rhythm ‘n’ Blues with a feeling of playfulness, warmth and compassion.

The number one reason for the acceleration of House music was the drum computers and electronic music instruments such as Roland TB-303 and drum machines like the Roland TR-808, which emerged in the early eighties, that made music production affordable for a single person and even possible without education.

Evolved out of German electro-pop and American house music in the 1970s and 1980s, Techno has gone on to inspire many forms of electronic music including EDM and dubstep. It is the most introverted of all super-genres.

House was more of a fashion statement, whereas Techno was industrial, sweaty and funky.

Techno traces its roots to German electro-pop acts such as Kraftwerk, but the genre distinguished itself in American cities like New York, Detroit, and Chicago.

Trance is of the most recognisable genre of electronic music. As the names suggests it focuses on melodies more than any other music genre and is also the first electronic genre to do so.

The name itself reveals its purpose and is supposed to hypnotise and enchant the listener, to provide escapism. Ferry Corsten, Push, Armin Van Buuren, Tiësto, and recently Giuseppe Ottaviani have catapulted trance to meteoric levels and given it a global reach.

Acid House is a severance with Disco influences. In Acid House, there is no longer a warm groove, no R&B feel, but harsh and distorted sounds onto a loud four-to-the-floor beat. The term acid is derived from the very first Acid House record: Acid Tracks. The examples of Acid House were known as “Jack Tracks”, which was also the name for the first and most famous Acid House record label (Jack Trax).

It was dubbed “Acid House” after the seething, burbling the “acid” sound produced by the TB-303 bass synthesizer which prominently featured on Chicago House records.

This sound became so popular in the entire world of Dance music, that Acid House soon was a well-established genre oat will and became immortalized by the yellow smiley symbol.

Also known as Balearic music or Ibiza house, Balearic beat is an adventurous mix of dance music played at clubs on the island of Ibiza, part of Spain’s Balearic Islands, in the late ’80s and early ’90s.

You can hear these sounds at the infamous Cafe Del Mar in Ibiza.

This particular style adds lots of synthesizer and is being often completely computer made with lots of hard, digital sounds. Trap also drops the beat on an offbeat, giving a more dramatic, slow-motion build-and-drop feel, reminding of Dubstep.

Dubstep finds its signature in between the drum’s glitchy beats and dark reverb of Jamaican dub music. Dubstep club nights in the UK tapped into that discontent and were responsible for shaping the genre into an institution and also becoming a super genre.

One of the biggest mainstream genres of the 21st century Moombathon is the evolution of Raggethon. It has the characteristic of both house music and reggae. The tracks are usually chill, danceable, slow, and sexy. The perfect music to play at parties. They have evolved into MainStage bangers in recent years. You can hear the sound of Moombathon on most of the track by Dj Snake and Major Lazer.

The genre that has defined a decade of dance music, Big Room House has undeniably become one of the prevailing genres due to its widespread magnetism and minimalistic yet appealing qualities.

Picked up by some of the biggest names in the industry such as Nicky Romero, Sander Van Doorn, Hardwell, etc they have given a solid definition of what a big room house track really is.

Enjoying this guide to EDM Music genres? Don’t forget to share it with your friends.

Electro House is the Pop music of EDM. It’s a mix of Electro, Pop, Synth-pop and Big room music. It is like big room but with heavy baselines and use of synthesiser with heavy focus on the melody. The king of electro house David Guetta made in big with his album “Nothing But The Beat’’.

Deep house music is balearic house on electronic steroids. It is a sweet orchestra of melodies and harmonies coming together at the tempo of 120-124 Bmp.

In the beginning there was jack, this time it was Thomas Jack who gave us the contemporary style of EDM pop music with a mix of Balearic and dancehall music.

Future house is what happened when the young rebellious kids took over dance music.
It is high in energy, generally consisting of big drops, 4/4 beats and is sonically bass heavy with a lot of LFO’s used on the synth while making.

The genre has been credited as also being pioneered by Oliver Heldens and Don Diablo.

The bad boy of techno who wanted to have some fun. Tech House music is a mix of house grove with features of techno. Fisher has brought tech house to the mainstream by giving the first global tech house hit “Losing it”.

When trance meets house music, that’s when we get Progressive House. It is UK’s answer to house music. It is also said to be a faster version of deep house music.

The boys of trap music who wanted a little bit of melancholy in their music gave us future bass. A mixture of trap and dubstep rhythms but with spirits of pop.

Notable artists include Flume, The Chainsmokers, Mura Masa, and Illenium.

If you are all about that low end sounds, Bass music is meant for you.
Bass music is when people only wanted to dance to the instrumental and not the rap in Hip Hop. It primarily focuses on the lowest part of the musical range.

As well known as alternative dance, indie dance is a mixture of House, electro and disco. It is also known as post-disco dance music.

The superstar of EDM and a new addition to the world, MainStage music is high-energy sounds of the festival main-stage and are only meant for those hands’ up movements.

Consisting of Electro House, Big Room and Future house music, MainStage music can always be heard at music festivals like Ultra and Tomorrowland.

Downtempo music is ambient music with beats. Emerged during the recent years it is here to give you a music therapy.

Amen Break meets bass and together they produce an aesthetic that’s drum and bass. Pacing up jungle to 174 BPM with heavy beat drums and baselines, we hit the sweet spot of DnB music.

The pop artist who didn’t have bands gave us electronica. It is form of pop music which highly relies on electronic instrumentation.

A faster, more driven and more ecstatic version of House music, Hard house means means energy, a repetitive driven motif and make the crowd go wild. It is a mixture of flashing, pounding, building up and breaking loose house music at 150-170 BPM

When spirituality meet trance music, we get Psy Trance. Started off early and slowly in the province of Goa, India, psychedelic music conquered the world and Acid Rock was no longer hip. Based on hallucinogenic drugs and trip experiences, it is a destination and a point of no return.

Gaining commercial appeal recently Hard-style is a mix of MainStage music and hard house. It is big, uses a lot of distortion and has a lot of influence from French-core and Happy hardcore music. Zombie by Ran-D set off the road for hard-style to go global.