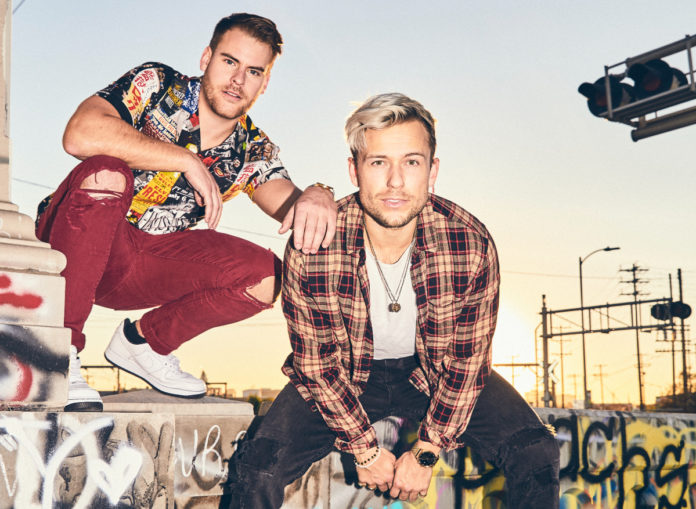 SIDEPIECE lunges out with a star-studded package of reworks on the official ‘Acrobatic (Remixes)’ for Insomniac Records, featuring takes from J. Worra, Martin Ikin, Biscits and Diskull.

In the middle of Spring, the Grammy-nominated duo—composed of two highly decorated festival phenoms Party Favor and Nitti Gritti—built upon the momentum of an exemplary breakout year by unleashing one of their most requested IDs at the time.

The tumbling house single “Acrobatic” served as their debut release on Insomniac, which saw them maneuvering through muscular basslines and restless rhythmic antics with tremendous grace. It was deemed an instant crowd-pleasing winner by unanimous decision. Nearly half a year down the line now and the single is warming up for another run with four high-intensity workouts filling out the official remix EP.

Leading the charge is L.A-based producer J. Worra, who sets the bar impossibly high with her stylish execution. The percussive-driven groove oozes with effortless finesse, as the tightly weaved drums power through an intriguing arrangement of spunky flourishes and seamless vocal cues.

“Sidepiece has stepped into the house world and turned it on its head,” says J. Worra. “It’s awesome to be able to connect with them and the powerhouse that is Insomniac Records for this release!”

Tech house veteran Martin Ikin exercises extreme technical strength on his adaptation. Built around brawny basslines, the Londoner’s remix lets the low-end carry most of the load, while sharp wood-block accents, crisp percs, and chattering synths work in tandem to descend the piece into a darker routine.

In the latter half, Insomniac regular Biscits adds his own flair to the affair. The Southampton sensation brings a beefy bounce into the equation, using springy basslines, sleazy horn stabs, chopped-up vox and squashed riffs to catch some serious air.

“When I got asked to remix it, I was so, so gassed,” explains Biscits. “Insomniac feels like a home away from home. I’ve got releases coming on the label later and am really looking forward to playing their shows, too!”

The final contender is a bit of a curveball, handpicked by SIDEPIECE as part of an official EDC Las Vegas remix competition hosted by Insomniac’s long-standing Discovery Project series. North Carolina-bred artist Diskull is the winner in question, impressing the guest judges with a cranium-crushing sonic conversation held between rubbery bottom-end and clanking motifs. For the grand prize, he’s not only earned himself a clutch slot on the remix EP but has also clenched a highly coveted set at the festival in October.

Since first popping up on the release radar, “Acrobatic” has gone on to amass more than 4.5 million streams on Spotify. The single has remained a highpoint in the sets of tastemakers across the board, receiving heavy support from the likes of Alison Wonderland, Valentino Khan, Diplo, Marshmello, Claptone and countless other proponents of the now-ubiquitous record.

It served as a natural progression of SIDEPIECE’s astronomical rise to prominence after the two-man operation first launched the project on Insomniac’s offshoot imprint, IN / ROTATION, by way of their steamy shaker “Wanna See You” in 2019.

From top to bottom, the ‘Acrobatic (Remixes)’ package flaunts four extremely flexible versions of one of the hottest house tracks from 2021.