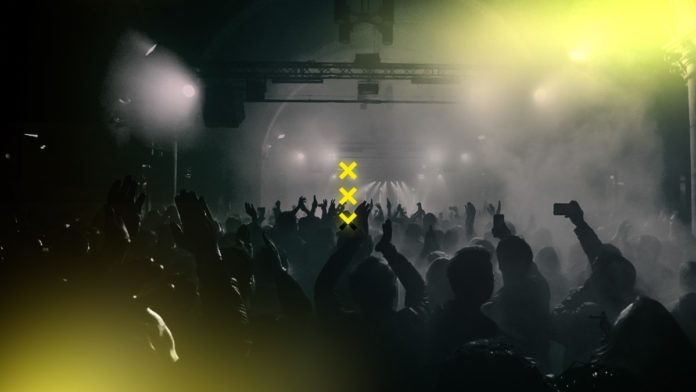 The lighting of art installation BAKEN (Beacon); a light on the horizon for the electronic music industry, set to shine over the entire city of Amsterdam from the roof of the A’DAM Tower during ADE, will officially mark the start of ADE, today.

The BAKEN art installation symbolizes the reopening of the electronic music industry and is a collaboration between ADE and artists Boris Acket and Chris van Meer, together with Lumus Instruments. It can be seen from all over the city every evening from 6:45 PM onward, from October 13 – 17.

The organization welcomes its brand new Arts & Culture program this year, which includes, among many others, an audiovisual artist residency at Nxt Museum and a collaboration project with Music Moves consisting of 11 accessible and inclusive ADE events, as well as a candlelit piano concert by Helena Basilova, and a wide range of mindful raving experiences.

Over 350 Festival and Arts & Culture events are set to take place during the daytime this week, with highlights such as a one-off live concert by Weval and Metropole Orkest at the Melkweg and the Top 100 DJs Awards in AFAS Live on Wednesday, the Dutch debut of the Secret Project Festival on the Hembrugterrein, African riddims during Cloud 8 x Ziongate presents Tribes in Paradiso, and much more. The full festival program can be found here.

While the Amsterdam Dance Event business conference has been cancelled, ADE has opened its new ADE business hangout for visitors in Fosbury & Sons to gather, network and participate in a number of networking events during ADE.