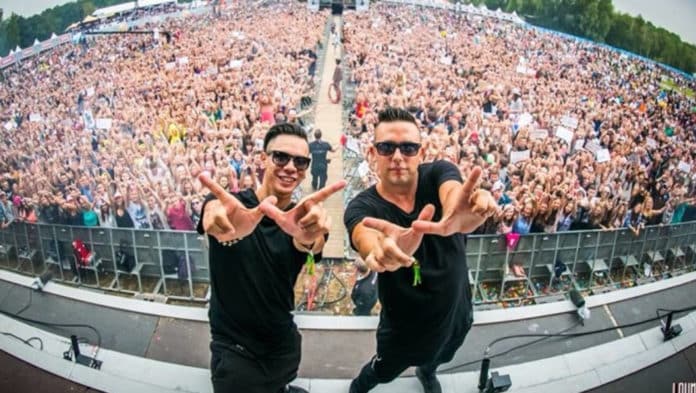 Wolfpack and Makasi team up on ‘Blow The House Down’ and draft in the unmissable tones of US rap legend Fatman Scoop for a special release on Generation Smash.

A grizzling intro segues into a fuzzy melodic lead unleashing a dose of high-octane energy that is set to explode across the airwaves upon release. ‘Blow The House Down’ utilises Fatman Scoop’s rugged voice to sublime effect saddling it alongside a female vocal sample, triggering a perfect complement to the tracks driven instrumental.

Wolfpack has spent the past six years in the DJ MAG TOP 100 poll, a renowned force in the dance world. Card-carrying members of the Smash The House family with multiple releases on the imprint. Which include ‘By My Side’ with Jonathan Mendelsohn and Jerry Davila, to label heads Dimitri Vegas & Like Mike producing their edit of ‘Kalinka’, they have grown to become firm favourites with fans across the globe.

Building his sound in the clubs of Antwerp and now carrying that to the world, Makasi has had multiple releases under the Smash banner with artists like Richie Loop, DJ Pelos and Marc Joef.

American rapper/promoter and radio presenter Fatman Scoop is a figure who needs no introduction. An internationally acclaimed artist with a famed raw voice, Fatman Scoop has worked with artists such as Janet Jackson, Mariah Carey, Whitney Houston, Hardwell, Skrillex and Pitbull.