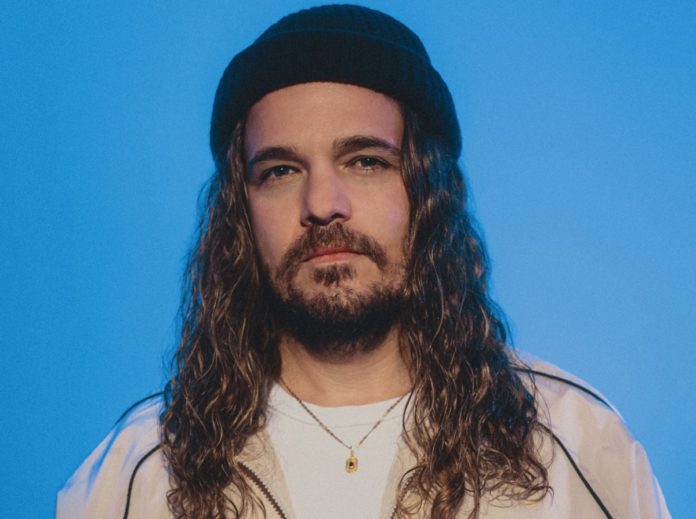 From his early beginnings at the renown Ministry of Sound to his timely coalescing with Swedish House Mafia’s Sebastian Ingrosso for the legendary “Reload,” the dance music pioneer’s reach is immense.

Serving as a brand new home for eclectic productions, Tommy Trash’s Milky Wave is an inviting space for house music fanatics across the globe. The creation of Milky Wave comes after a 3 year musical hiatus for Tommy Trash.

For 6 straight years between 2011 and 2017, Tommy found himself touring stages across the globe, playing as many as 5 shows a week, and even holding his own Las Vegas residency. The artist was unstoppable, riding a performance high that couldn’t be beat – and then the formerly impenetrable EDM boom crashed. He was ready to call it quits for good.

Around this time in 2017, Tommy Trash was introduced to a documentary entitled “The Reality Trip,” a deep dive into the world of ayahuasca, a medicinal psychoactive shrub commonly made into tea for consumption. It was in that moment that Tommy knew what he had to go and do. He flew to Costa Rica, and there began his 3 year ayahuasca-led sabbatical.

Tommy’s time in South America was guided by shaman-led ceremonies, where doses of ayahuasca were administered to participants for healing purposes. “It was a reawakening,” as Tommy put it, “it showed me what I’d become, it showed me what I could be.”

Finding balance has been of the utmost importance when it comes to Tommy’s career regeneration and personal fulfillment. In 2021, the artist is set on doing things in a different way, “the Tommy way,” he says. With a profound emphasis on mental health, Tommy now returns to the spotlight with a brand new label venture, and exciting new music to match.

Milky Wave is the culmination of Tommy’s many years in the limelight, now done exclusively the Tommy way. Serving as a new exciting home for Tommy’s out-of-the-box sounds, as well as those of many other enthralling new artists, Milky Wave is the freshest new label on the scene.

On Thursday, October 14, Milky Wave launches with “Satisfy,” a stirring house feat by Trash himself. “Satisfy” is chock-full of groovy percussive elements and worldly synth patterns. Drawing heavy inspiration from his global travels, the sweeping single combines punchy vocal chops with a compelling four-on-the-floor bassline. A danceable treat, “Satisfy” is the first of many thrilling new offerings from Milky Wave.