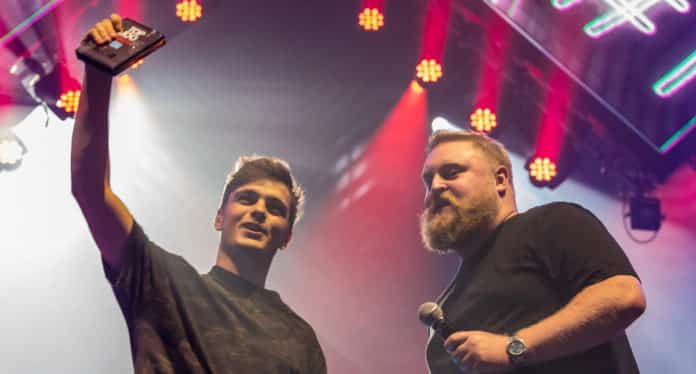 DJ Mag announced its annual list of Top 100 DJs, a poll where 1.3 million people vote which makes it the world’s biggest music poll. However this time, it also made headlines for a very funny blunder.

As pointed out by Garrix right after the list came out, the ceremony got his name wrong, as they revealed Martin Garrix to be the #2 DJ in this year’s list.

The post quickly caught the attention of DJs all around the world who are now adding up to the joke.

As part of this year’s Top 100 DJs campaign, DJ Mag held Virtual Festivals every Saturday and Sunday during the voting period. The streams included sets from David Guetta, KSHMR, Timmy Trumpet and Miss K8 for the Top 100 DJs, and Charlotte de Witte, Carl Cox, Todd Edwards and Lauren Lane for the Alternative Top 100 DJs racked up well over 5.7 million views in total.

The most-viewed set was by Dutch superstar Afrojack, receiving over one million views across Facebook and YouTube.

“The Covid pandemic has adversely affected a lot of elements of the international electronic dance music scene, but it doesn’t seem to have dented the enthusiasm of dance music fans — an incredible 1.3 million people have voted in the Top 100 DJs poll this year, matching last year’s total and cementing its position as still the biggest music poll in the world.”- DJ Mag

DJ Mag continues to influence the A-list clubs with this poll and is also considered a crucial reference to getting international bookings for festivals.