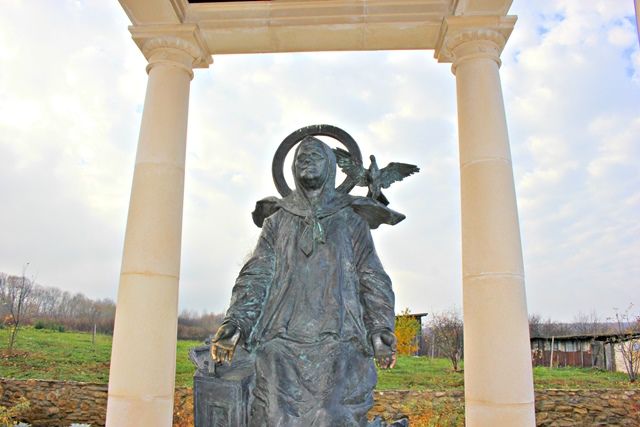 On November 22, 2021, the Orthodox Church celebrates the Name Day and the Birthday of Matronushka, as believers affectionately call her.

Most of the queues are & nbsp; women

In the Intercession stavropegic convent (Moscow, Taganskaya st., 58) on November 21 and 22, there will be a real pandemonium. Without exaggeration. On November 21 at 4.45 pm, the All-night Vigil will be held here, on the night of November 22 (00.00) the early Divine Liturgy will begin. And at 9.00 it will be possible to come to the late liturgy, which will be led by the Archbishop of Kashira Theognost. & Nbsp; & nbsp;

From November 21 to 22, the monastery is open all night, which means that the relics of St. Matrona of Moscow are available for worship.

Hundreds of believers will come from all over the country to stand in line for many hours on a chilly November day or night. And all for the sake of a few seconds, when they will be able to venerate the holy relics and have time to whisper the coveted: “ Save and help! '' Although some people, having first entered the Intercession Monastery at the Abelmanovskaya Zastava, turn around at the sight of the endless human river and go home.

Unsurprisingly, most of the queues are & mdash; & nbsp; women. Persistent and patient. Some ask for themselves & mdash; smart, beautiful, but unmarried, others & mdash; & nbsp; for sick children, others & mdash; & nbsp; for an unlucky husband. It so happened that from time immemorial it is a woman who carries the entire burden of responsibility for the family, even if the husband earns and supports. It is she who is responsible for the emotional state of the household. And, by and large, the well-being of the husband and children depends on whether the spouse and mother are happy.

Pray to the icon, yes be at ease, the wise Vladimir Dal bequeathed. Male soul & mdash; & nbsp; mystery. But many women, having visited Matronushka, find the same peace of mind that others who do not know this happiness “ only dream ''.

Those who know about the Danilovskoye cemetery, where Matrona Dmitrievna Nikonova was buried almost 70 years ago (that was the name of Matronushka at birth), and now a chapel has been installed, they strive there.

But there is one more place where the saint is honored in a special way. This is her native village of Sebino in the Tula region, where a house-museum was opened several years ago. Festive services will also be held here, in the Holy Dormition Church. Although the long road to Sebino will be mastered only by those who really need it (in six months since the opening of the museum, 25,000 people have visited here).

300 miles from the Russian capital & mdash; & nbsp; not God knows what distance. For nothing that there is no direct route. Until recently, there were no decent access roads. And these places forgotten by God cannot be called in any way: literally close by, consider, & mdash; the sacred Kulikovo field with a luxurious memorial complex and a hotel in the village of Monastyrshchino. However, not everyone is equally interested in the medieval battle (although before the battle, Prince Dmitry Ivanovich asked for blessing from Sergius of Radonezh) and the homeland of the Orthodox saint.

Until May 2014, a rare individual tourist traveled to Sebino. Believers do not count & mdash; & nbsp; in the local church the rite of baptism is still performed in the same silver font, into which the blind daughter of the peasants Natalia and Dmitry Nikonov was dipped in November 1881. She ran here as a girl, here she prayed every day … 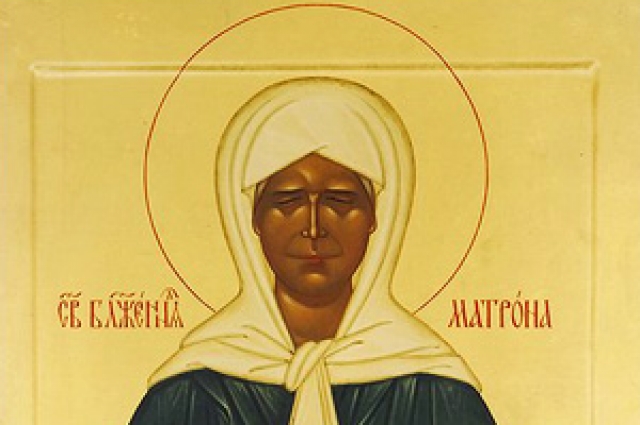 Many parents would like to baptize the baby in such a holy place, not only the inhabitants of the region. If only there was an elementary place to eat and spend the night. Wooden amenities on the street have already been erected. It's up to a little & mdash; & nbsp; to build a hotel and a cafe.

They wanted to give the newborn to a shelter

What is encouraging: the tourist infrastructure (so far it is called a visitor center in the Western manner, but I want to believe that there will be a worthy Russian word) in Sebino is not a dream, but a real one and, God willing, the immediate future. Well, a village cannot be forgotten by God, even if there are 25 inhabitants left in it. The Lord ordered that it was here at the end of the 19th century that a girl was born, named in honor of Saint Matrona of Constantinople who lived in the 5th century. By her fate, Sebinskaya Matronushka did not in any way resemble a Guardian Angel. The foreigner had a rich husband and daughter, but she left them and went to a monastery. Moreover, first & nbsp; & mdash; disguised as & mdash; & nbsp; in a man's …

Matronushka was born blind, and even before her birth, pious but very poor parents Natalya and Dmitry decided to send the unwanted child to the orphanage of Prince Golitsyn (the girl was the eighth and fourth surviving child in the family). One extremely important quality was inherent in both women – they healed by prayer.

You can pray and ask everywhere

The Sebinsky Museum even started a “ Guest Book '' in order to understand who is coming from where, what they are asking for and what they are grateful for. The museum & mdash; & nbsp; is a secular institution, but here you can not only sit quietly, think, pray & mdash; & nbsp; for this, two red corners have been created in the Russian hut-museum, but also … cry. For women, this 'option' doubly valuable. Even though reading non-fictional stories on the Internet can make even men cry.

I will hear and see you and help you, '' said Matrona Dmitrievna shortly before her death.

“ Tell everything ''; in front of the relics in the Intercession Monastery does not work. The guards here have their own “ Our Father '': we pass … do not linger & hellip; kissing … kissed & hellip; retreat …. we pass & hellip; kissed … kissed … God forbid you to stop, look around. They will push you, remind you that you are not here to tell. However, it is well known: you can pray and ask everywhere. Where it is convenient, where you want.

The main thing is & mdash; & nbsp; to do it sincerely. With all my heart. And then Matronushka will definitely help.