Stormy events in Kazakhstan riveted the attention of the entire world community and gave rise to many “conspiracy theories”, predictions and predictions. Among such “prophecies” one could often come across the thesis that the crisis in Kazakhstan lasts a long time until the complete collapse of Kazakhstan's statehood. 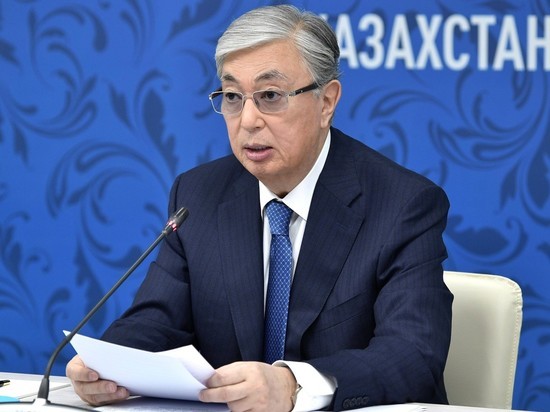 However, the “hot” phase of the crisis was passed quickly. In many ways, this became possible thanks to the quick and accurate actions of the President of Kazakhstan, Kassym-Zhomart Tokayev. It's not a secret for anyone that in Kazakhstan, in fact, there was a dual power. The country's first president, Nursultan Nazarbayev, was proclaimed the Elbasy – the leader of the nation. He headed the Security Council and controlled the “siloviki”. Elbasy has publicly demonstrated more than once that he has remained “at the helm”. One of these demonstrations was the visit of Nazarbayev to the summit of CIS leaders in St. Petersburg at the end of December 2021. Tokayev and Nazarbayev met with Vladimir Putin separately.

A split in the elites is one of the main prerequisites for unrest and revolutions. Peaceful rallies over rising gas prices would not have caused a political crisis if there was no division in the leadership. President Kassym-Jomart Tokayev dismissed the government, prices were reduced again. Despite this, peaceful protests escalated into pogroms. The preliminary damage is estimated at several billion dollars, the investment attractiveness of the country has noticeably decreased and the business climate has worsened.

The riots in the largest city of the country, Alma-Ata, were not restrained by the “siloviki”. In some cities, local representatives of the State Security Committee surrendered their buildings without a fight, allowing them to seize secret documents and arsenals.

It is still not clear why the power structures did not initially offer resistance. However, Kassym-Jomart Tokayev regarded this as treason. He took over as head of the Security Council instead of the life-long Leader of the Nation, who remained silent and did not appear in public. Then Tokayev made a new unexpected move – he announced that gangs of foreign terrorists had invaded the country and asked for help from the CSTO. Tokayev played ahead of the curve not only in relation to internal opponents, but also to his CSTO colleagues, including Vladimir Putin, by taking the initiative. However, the Russian president also won, his quick readiness to help his neighbor.

After that, the situation was brought under control. Leading world powers supported the efforts of President Tokayev to stabilize the situation in Kazakhstan, and he became a full-fledged head of the country. However, the prolonged presence of foreign troops could generate new unrest, already on nationalist grounds. Considering the fact that in 19 million Kazakhstan about half are Russian-speaking citizens (of different nationalities), a new round of the crisis could become even more dangerous. Tokayev prevented such a development of events by announcing the withdrawal of the CSTO troops within ten days. This decision not only calmed Kazakhstanis, but also raised the prestige of the CSTO as an effective structure that maintains security in the participating countries without violating their sovereignty.

Tokayev also announced the start of socially oriented reforms in Kazakhstan. In particular, he said that the layer of super-rich people that appeared under the Leader of the Nation will have to share their fortunes with the people. For this purpose, a special fund will be created: rich companies will pay contributions there to finance social programs.

In the context of an acute political crisis, within a short period of time, Kassym-Jomart Tokayev managed to solve many political problems that seemed insoluble. Tough, precisely calculated, unexpected moves disarmed Tokayev's opponents and critics. It was a kind of “rapid chess” game, which specialists will study and analyze for a long time.