Heads of Chechnya reminded critics of the custom of blood feuds

What polite people live here in the Caucasus! In less than three days, Yahya Khadziev, the former head of the department for religious affairs under the head of Ingushetia, apologized to his teip for meeting and hugging Ramzan Kadyrov, as he now apologized to Kadyrov himself – for the previous apology. In turn, the head of Chechnya expressed his readiness to apologize to the Ingush people. 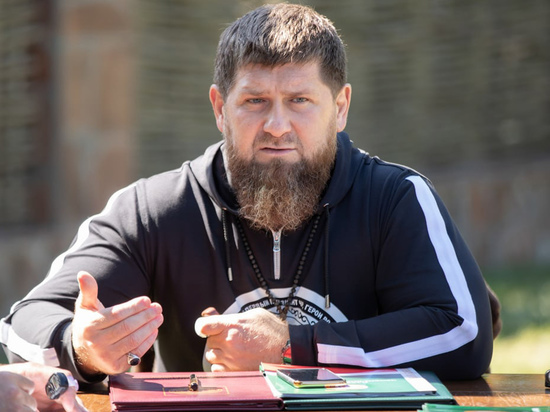 True, only if the hostile Ingush convince Kadyrov that he is wrong. If they don't convince them, let them blame themselves.

Recall that relations between the two fraternal Nakh peoples escalated after the Chechen-Ingush territorial delimitation carried out in 2018: before that, there was no clearly defined administrative border between the republics. According to many residents of Ingushetia, the border agreement concluded by the heads of the regions infringes on the interests of the Ingush people.

“I did the wrong thing by greeting and hugging him,” Yahya Khadziev repented to the members of the same teipov after the shaft collapsed on him criticism. – Forgive me for the sake of the Almighty. I did not suspect that it would be so unpleasant for you.”

The situation did not go unnoticed by the head of Chechnya. In fact, he gave the Ingush people an ultimatum. Yes, yes, it was an ultimatum and it was to the people as a whole. “The head of the Chechen Republic, Ramzan Kadyrov, turned to the Ingush people and asked them to bring charges and determine the degree of punishment if they consider him guilty of something,” the Chechen state television and radio company Grozny reports.

The following is Kadyrov’s direct speech: “Tell me what you want to do: beat, expel, kill. Justify, according to the laws of the Russian state or Sharia, what I am guilty of and turn to my family, the elders and officially present the punishment, observing all our traditions! And if I am guilty, I will try to prove my case and apologize. Or I will accept any punishment!” from those who are trying to denigrate his honor. He gave three days to the Ingush people until they bring reasonable charges.

What exactly will be the demand from the “detractors”, ChGTRK “Grozny” does not specify. There is no exhaustive answer to this question in the original source either: a video with the relevant statements was posted on the Instagram of Kadyrov's assistant (the account of the head of Chechnya himself on Instagram was blocked due to sanctions). But there are still some hints.

And here is another informatively important part of Kadyrov's monologue: “It doesn't matter – I am the head of the republic, not the head. I observe all the canons of Islam, all the customs, traditions, adats of my people.” Kadyrov proposes to guide his Ingush critics with the same ancient customs: “Here we have claims against Kadyrov, that's why we consider him an enemy, that's why we will kill him, as we see it. Here we declare a blood feud. Voice it, please.”

If such arguments are used, it seems that Ramzan Akhmatovich really is not joking. Blood feud is a serious thing.

“This mechanism is still operating, although in our time it has been greatly weakened and is gradually being replaced partly by Sharia, partly by the will of Ramzan Kadyrov,” the Checheninfo online publication, “a multiportal about the Chechen Republic”, enlightens in a detailed article “Blood feud among the Chechens “. – CHIir (the Chechen word is” MK “”) is almost always the revenge of a Chechen on a Chechen, an equal equal, carried out in compliance with a whole code of unwritten rules. Usually it is declared for murder, but there are other reasons – most often this is a serious insult. There is and ordinary revenge – let's say drunken Russian soldiers killed the wife and children of a Chechen. If he can, he will kill them, but it will not be chIir…”

Apparently, Yahya Khadziev also felt the smell of fried food – otherwise he would not, without fear of shame, beg for forgiveness from Kadyrov. But let's not be too strict with the former official: perhaps he was driven by noble motives – to prevent, even at the cost of humiliation, an internecine war.

It is strange, however, that the unsettling aroma is not felt at all in the Kremlin. Otherwise, they probably would have reacted somehow to the situation. You can’t call her ordinary with all your desire. Imagine that the head of one Russian region (for example, Tver) presents an ultimatum to another (well, let's say, Yaroslavl). Declaring that laws do not exist for him and that insults such as those inflicted on him by his neighbors should be washed away with blood. Doesn't appear? That's it.

Either all the Kremlin's attention is absorbed by foreign policy problems, or they simply know how to react. However, let's not panic ahead of time. It is quite possible that the Kremlin sees everything, everyone knows that the situation is completely under control and we simply do not understand the cunning plan of the federal center.

What if the Chechen-Ingush crisis serves to “run in” foreign policy scenarios? After all, “there,” beyond the “mountain,” not everyone today believes in the seriousness of our ultimatums. Let the crazy idea – do not chop in the heat of the moment. First, there is no other positive explanation for the silence of the “vertical” anyway.

The second – and most important – circumstance: not only official Grozny, but also official Moscow is committed to ancient customs. And one of our most ancient and most demanded political adats: “Beat your own people so that others are afraid.”