Political scientists assessed the speech of the first president of Kazakhstan

After ten days of rumors about the fate of the first president of Kazakhstan, Nursultan Nazarbayev, who disappeared from the information field before the New Year holidays, Elbasy, alive and unharmed, appeared before his fellow citizens by making an official statement. Political scientists commented on it. 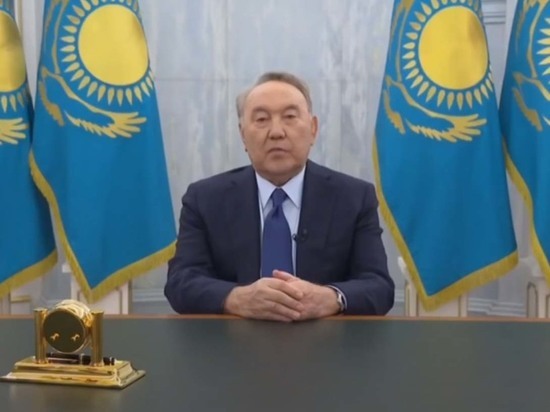 Nazarbayev said that he was on a well-deserved rest in the “capital of Kazakhstan” and was not going to leave anywhere. He stressed that he has been retired since 2019, the country is fully controlled by his successor Kassym-Jomart Tokayev and “there is no confrontation in the elite.”

Nazarbayev's five-minute video message to citizens was published on the official website of the first president of the republic. The leader of the nation sits at a table against the background of the flags of Kazakhstan (two months earlier, Nazarbayev recorded videos against the same background, at the same table). He traditionally addressed the residents first in Kazakh and then in Russian.

“In 2019, I transferred the powers of the president to Kassym-Zhomart Tokayev and have been a pensioner since then,” the leader of the nation said. Now, according to him, all power is in the hands of his successor. The combination of these circumstances should testify to the groundlessness of rumors about the redistribution of the sphere of influence within the elite.

Despite the fact that Nazarbayev voluntarily resigned from the presidency and announced the transfer of power, he continued to make decisions that determine the development of the country. Until the end of 2021, Elbasy remained the leader of the ruling Nur-Otan party, and until the start of the January protests, he retained the post of head of the Security Council. Nazarbayev's complete silence about what is happening in the country has given rise to a lot of rumors, including his flight and even death. During this time, almost all of his relatives were dismissed from leadership positions, and his daughters emigrated from the country. In many ways, this is the result of the actions of Tokayev, who announced a hunt for oligarchs who enriched themselves during Nazarbayev's rule.

In his speech, the first president of Kazakhstan drew a certain line on his 30-year rule of the country. During this time, Kazakhstan was able to strengthen its borders and, in many respects, the state became a leader not only in Central Asia, but also in the CIS. He explained the protests that took place in the country after the increase in gas tariffs as an attack on the integrity and foundations of Kazakhstan, and called on citizens to protect the independence of the state “like the apple of an eye.” He ended his speech with a request to support the reform program proposed by Tokayev aimed at improving the welfare of citizens.

Nursultan Nazarbayev has been found: a video of his appeal has been published

Watch the video on the topic

Experts explained Nazarbayev's long-term absence to MK and suggested why he now decided to break the silence.