“Weapons arrive to kill, not to show off on the wall”

Great Britain began supplying light anti-tank systems to Ukraine. Over the past few days, at least three C-17 heavy military transport aircraft have arrived with military cargo in Kiev. The intention to provide “square” assistance with weapons was announced by the Minister of Defense of the United Kingdom, Ben Wallace. MK asked the LPR veteran what they expect from such “friendly support” in the Donbass. 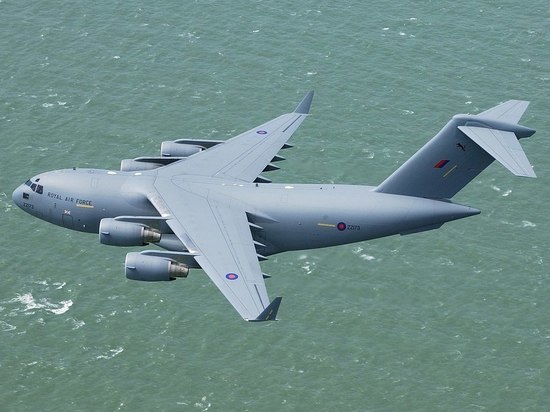 As the British Secretary of War said, “This security assistance package complements Ukraine's existing training opportunities, as well as those provided by the UK and other allies in Europe and the US.” According to him, anti-tank systems are not strategic weapons and do not pose a threat to Russia. In addition to weapons, a small group of British military personnel was also transferred to Ukraine, allegedly to train and educate Ukrainian soldiers.

A veteran of the People’s LNR Police Andrey Marochko.

– The fact that representatives of NATO countries come to Ukraine almost on a regular basis as instructors is not news to anyone at all. As for the supply of light anti-tank weapons by Great Britain and Wallace's assurances that they pose no threat to Russia, the first thing to ask is: what does Russia have to do with it? The statement is clearly made with a “trick”. There are no Russian troops on the territory of Donbass. New types of Western weapons that fall on the line of contact in no way contribute to the peaceful settlement of the conflict in Donbass. Moreover, they are pushing the armed formations of Ukraine to escalate the conflict.

Again, one can trace the relationship: the United States, against the backdrop of negotiations with Russia on security guarantees, is now not particularly advertising its supplies, but we all perfectly understand the relationship between the Americans and the British. As long as America is not going to supply weapons to Ukraine, based on the rhetoric of their statements, they can easily do this through the UK. The position of the United Kingdom is represented in the “square” very solidly. It should not be forgotten that during his visit to London, President Volodymyr Zelensky was even invited to the UK's main intelligence agency, and this already says a lot.

– Donbass is concerned about such supplies. We are all well aware that as soon as weapons arrive, and they arrive not to show off on the wall or simply lie in warehouses, they will certainly be used. Naturally, we do not expect anything good from these supplies.

– Naturally, now one of the ways to make money in Ukraine is to sell it obsolete, unnecessary types of weapons so as not to spend money on their disposal. Ukraine is forced to acquire junk that no one will ever buy. These are boats and anti-tank missile systems, which are no longer modern weapons. But at the same time, it should not be discounted that obsolete weapons can also cause damage to the republics of Donbass. Even Soviet weapons are still in service along both lines of contact and are fulfilling their purpose. Any weapon is designed to kill.