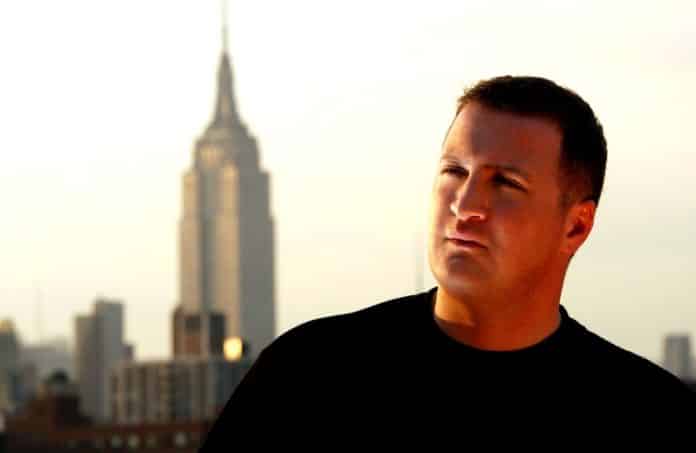 Alex Gold talks about the anniversary remixes of ‘Stranded in Paradise’, upcoming plans and more.

T.H.E – Hey Alex, it’s a pleasure having you join us today! Where in the world are you right now & how has your year been?

Alex Gold – Right now I’m in New York recording a very special vocal track for my new album. This year has been really cool getting back to life again (although I never really stopped).

T.H.E – Congrats on the anniversary remixes of ‘Stranded in Paradise’, how long were plans in the works for re-visiting the release?

Alex Gold – Actually I finished this track during lockdown when I was in LA. But I wanted to wait to get it out for when Ibiza opened up again.

T.H.E – With Xtravaganza’s rich history of hit singles & anthems, how difficult was it selecting a single track to mark the occasion?

Alex Gold – Not really difficult at all, this was a Balearic classic but not so obvious so, I thought it could find a new audience this time around.

T.H.E – With remixes from Ecotek & Dirty Freqs, have both artists featured on previous Xtravaganza releases?

T.H.E – With Xtravaganza seen by many as an early pioneer of dance music & now reaching its 25th year, is there one single moment in the label’s history you’re most proud of?

Alex Gold – Well there have been way too many special moments, but I think collaterally the smashing of the UK national chart with the no 1 single with Chicane and Bryan Adams, along with running and performing on headline Xtravaganza nights at world class Ibiza venues, such as Space and Privilege.

T.H.E – As Alex Gold, you’ve DJ’d right across the world (including your own label parties in Ibiza) – what present (or past) club will always be king for you?

Alex Gold – At Both Space and Privilege Ibiza, I have the fondest memories in – but also the early Space in Miami.

T.H.E – Lastly & with the summer season on the horizon, what’s next release wise for you & also Xtravaganza?

Alex Gold – We have some exceptional remixes of the Agnelli and Nelson Catalogue to come. There’s also a huge remix of Hudson Street from Chilean producer and Anjunabeats rising star Paul Arcane. And Dirty Freqs are working on an El Niño remix.

I’m working on a new studio album and also now producing a monthly radio show, which is doing really well. We are expanding rapidly and now appear on 75FM stations around the world. Folks can also join our Soundcloud community, where they can listen back to the shows.