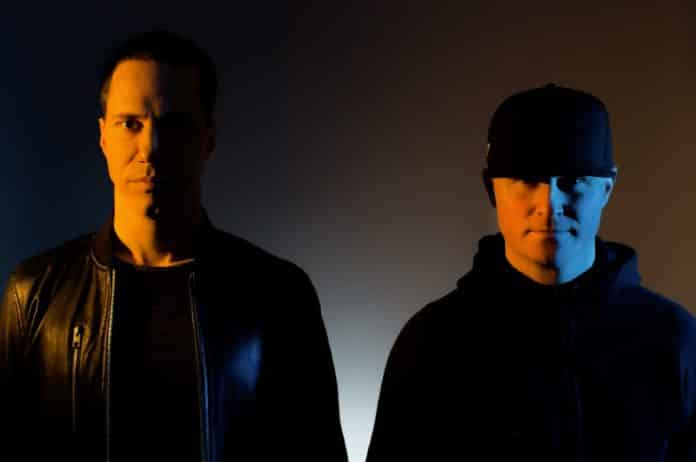 Years in the making, and with tracks in the spotlight across the DJ circuit throughout this time, Calyx & TeeBee’s brand new ‘Plates’ project has finally hit stores.

The standard which was set for ‘Plates’ remained clear; not just through the album’s art, but also in the return to dubplate culture which was the primary ethos behind its release. Calyx & TeeBee wanted to strip back the way in which people consumed their music through ‘Plates’, especially within the new digital age.

And despite a global pandemic, they persevered in delivering their cuts across clubs, through DJ sets and online through live streams for RAM Records as well as music festivals around the world. So each individual release featured music which had already done damage, but with a less disposable feel to every single; something which has resonated with the pair’s deep history within drum & bass.

‘War Dub’ started the journey of singles whilst ‘Cloak & Dagger’, ‘Look to the Skies’ and ‘Made in Detroit’ followed in quick succession. Meanwhile ‘The Fog’, ‘Big Sound’ and ‘Set The Tone’ continued the album’s march towards release with more dancefloor orientated deliveries. ‘Anything For Attention’ was a release which reginited ‘Plates’ after a brief hiatus due to lockdown, signifying their first vocal record since ‘Intravenous’ in 2018. ‘Warehouse Days’ followed in its wake, with the support for each track moving from tastemakers to ravers alike.

The LP also offers up a host of brand new selections, which include the jurassic reeses of ‘Jealousy’, ‘Dial Up’ with its cranking LFOs and ‘Mind at Ease’ encompassing deeper tones and percussive grooves. Through ‘Plates’, Calyx & TeeBee uncover their third album under the RAM Records banner – a label which has just hit its 30th birthday milestone.

‘Plates’ signals another benchmark, one which illustrates decades’ worth of experience from Calyx & TeeBee within the game of music production, as well as demonstrating why their longevity is still as strong as ever in 2022. What stands out about ‘Plates’ is that it takes the producers back to their roots – whilst boasting the impeccable production standard they’ve developed throughout their musical lifetimes.