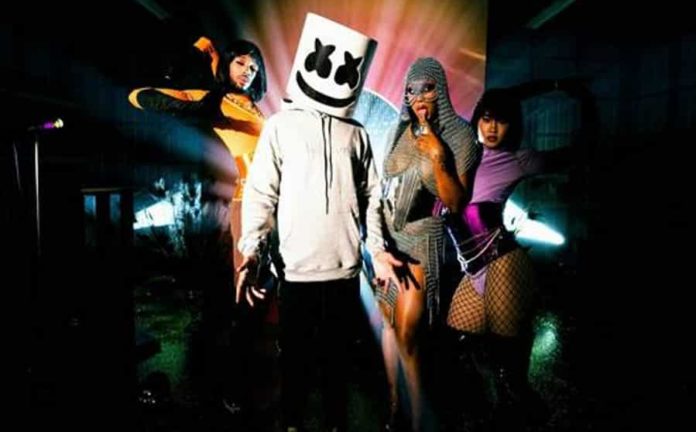 Fusing EDM and Dominican Dembow, “ESTILAZO” is a statement in support of sexual liberation, feminism, and inclusion. The song in Spanish is empowered by the chorus “Ser Perra Está De Moda” and is accompanied by a music video with cameos by Dennis Rodman, Nikita Dragun, and La Demi.

Marshmello says: “Working with Tokischa was amazing. I flew to the Dominican Republic, and we did the song right there. Toki is obviously amazing and talented so working with her was a lot of fun and I’m really happy with how the song turned out,”

Tokischa adds: “Beyond my obvious love for Dominican music and other Latin rhythms, I’m also a huge fan of EDM, so the opportunity to work with Marshmello made me incredibly happy. Personally, he’s so sweet, kind, and down to earth, but also insightful as to how our sounds could fit together… and I’m so glad he convinced me to do the song in Spanish because the idea was originally planned for English, but he loved working on my neighborhood here in the DR and how the song felt when we translated it,”