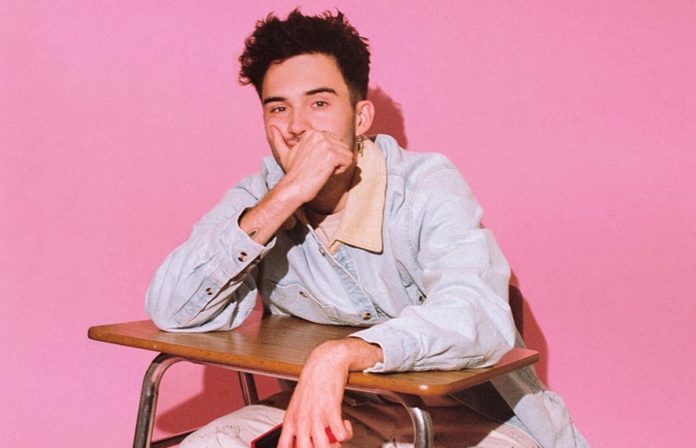 The in-demand melodic bass artist helloworld is leveling up his new ‘warning signs’ EP on Bassrush Records, a five-track package that bridges his signature glitch sound over to the heavier reaches of bass music.

Even though the last few appearances made by the buzzing producer can be considered a blatant departure from his previous work, don’t dare call this a reboot. The emotionally charged dynamic of songwriting he initially exhibited on releases for Lost In Dreams and SLANDER’s Heaven Sent imprint is still very much embedded into the project’s programming. However, this new audio patch has found him eschewing his softer persuasions in exchange for more dance floor-shaking bits, ultimately granting him the freedom to teeter on either side of the line whenever the moment calls for it.

In comes the ‘warning signs’ EP, a collection of forward-thinking tracks that stem from his trademark glitchy sound design, all of which are chip-tuned to perfection. Both the title track and the opening cut “dive in” preceded the package, offering an early glimpse into the gamer-friendly mechanics of his futuristic take on trap beats. Now that the bass community has had ample time to digest those crunchy, hard-hitting numbers, helloworld is ready to bring the full concept into light with the addition of three new unreleased tracks.

The third offering takes on the form of “falling down.” Opening with splashes of melody and a moody vocal hook that recites the track title repeatedly, things quickly take a violent tumble across cascading synth riffs and rumbling low-end. Bright keys come in to lift spirits back up momentarily, only to topple over the ledge once more for another round of downward spiraling hijinks.

“falling down’ is one of my favorite heavier tunes I’ve made,” says helloworld. “I tried my best to make something heavier while still feel feeling true to the nostalgic, glitchy, colorful sound I love to create. I love the contrast between heavier instrumental sections and emotional intros. I hope you all love it as much as I do.”

With the “world is burning,” the last leg of the EP gets underway. It slides into the frame with epic pads, suspenseful drum programming, heavenly vocalizations and zipping motifs that add tension at the end of each phrase. As soon as the scene is set, the track explodes into a cacophony of iconic video game recordings, fuzzy distortion, smacking low-end, and juggling synth sequences. The glitchy burn is felt here, indeed, but it’s not the end of the line just yet.

The appropriately named ‘game over’ fills the role of the final boss. Any avid player knows this is the most advanced stage, where strategic character builds or reserved power-ups can make or break the outcome. On it, helloworld masterfully presses all the right buttons to rise above a barrage of easter egg samples, retro sound fx, tastefully executed call-and-response, and a strong sense of spontaneity that takes the experience all the way into the rolling credits.

“The ‘warning signs’ EP came from a time of discovery and experimentation. Fueled by my love for shows and the live side of music, the tracks on this EP represent a heavier side of helloworld and a period of finding my sound.”

From beginning to end, the ‘warning signs’ EP feels fresh yet familiar, fun yet filthy, futuristic yet retro, and perhaps most important of all, it effectively opens up a new realm of possibilities for what’s next in the helloworld universe.