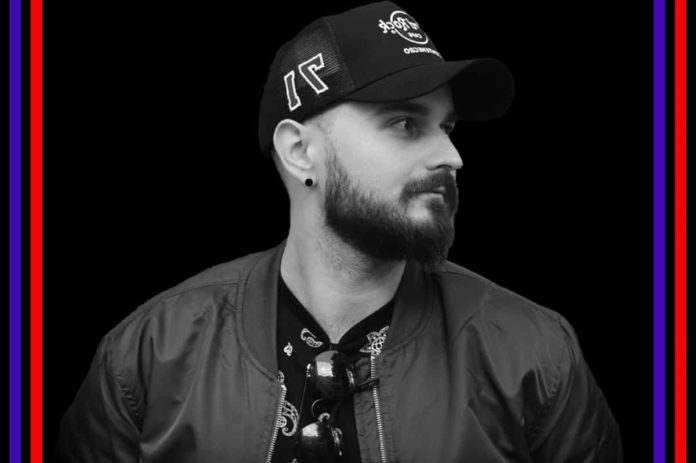 Mr. Lekka has become an ever-popular name in House music over the past 10 years. He’s built up a large discography of grooves throughout his career so far, featuring on the likes of Great Stuff, Glasgow Underground and Lapsus Music.

Mr. Lekka now catches up with us, following his latest release on Adesso Music, to discuss his musical journey so far.

Mr. Lekka – Hey, thanks for having me! I’m doing great, It’s been a rough couple of years for us in the music industry and entertainment in general so I’m looking forward to a hopefully productive and successful summer.

T.H.E – How did you meet Jan Danen and when did you start the idea for a collaboration?

Mr. Lekka – Jan contacted me a couple of years ago on Soundcloud and asked if I was interested in working on some music with him, I immediately said yes and we started working on projects together not long after.

T.H.E – Tell me about this new single on Adesso Music, what was the approach for this track?

Mr. Lekka – As it’s usually the case with collabs there was a lot of back and forth between the two of us, a lot of editing and tweaking, we didn’t really have a decision in place of who is doing what. We had a nice groove early in the process but the track really came to life with the bassline and then with the addition of some vocal cuts we were pretty confident that we were going in the right direction

T.H.E – Do you normally have a system when producing and does this change when collaborating with another artist?

Mr. Lekka – I usually start with the groove and bassline and work around that. Yes, it can sometimes be different when it’s a collab, usually one of us has a musical idea or a vocal that we can focus on.

T.H.E – Are there any other artists you admire that you’d like to collab with one day?

Mr. Lekka – That’s a really tough question, there are so many producers out there that inspire me, I’ll try and name a few off the top of my head, maybe The Deepshakerz, Harry Romero, Carlo Lio, Stefano Noferini, Nic Fanciulli, Miane, Raumakustik, Dennis Cruz…

T.H.E – Any favourite bits of hardware / software to use in the studio at the moment?

Mr. Lekka – I’m not a huge hardware guy, no fancy stuff, just drum machines and a keyboard. Software wise ,there’s a lot of cool VST’s I use but I’m really loving what Loopcloud is doing at the moment and there’s this neat little plugin called Sting by Skinnerbox that I’ve been using lately to get me started on most of my basslines . It’s awesome for creating random patterns that you can later tweak to taste.

T.H.E – You’ve built up some great releases in your music career so far, what’s been the highlight?

Mr. Lekka – Probably ‘Pop Stars’ on Great Stuff Recordings, just because it managed to find it’s way into big name DJ’s playlists for almost a whole year since it’s original release date , which is rare these days. Mark Knight played it on Toolroom Radio , Tini Gessler all around the world including Elrow, Andres Campo on Claude VonStroke’s Birdhouse show,etc.

T.H.E – What are you most looking forward to this year with your music?

Mr. Lekka – I’m looking forward to actually spending more time in the studio and hopefully I get to play out some of those newly created tracks at cool events this summer.

T.H.E – What else do you currently enjoy outside of music and how do you spend your down time?

Mr. Lekka – I love spending quality time with my family, friends and girlfriend. I’m a huge cinephile ,avid gamer and NBA fan, so when I’m not shooting hoops or yelling at Lebron’s teammates for sucking so bad ,I usually enjoy epic movie nights or my complete annihilation of anyone that is unlucky enough to be on the opposing team on DOTA hahaha. I also like an occasional glass of good Islay Single Malt whisky paired with a nice cigar.

T.H.E – Anything else coming up from yourself that we can expect in the near future?

Mr. Lekka – I’m very excited for this dope tech house tune I did for Blacksoul , it has a really unique vibe and I can’t wait to share it with music fans.