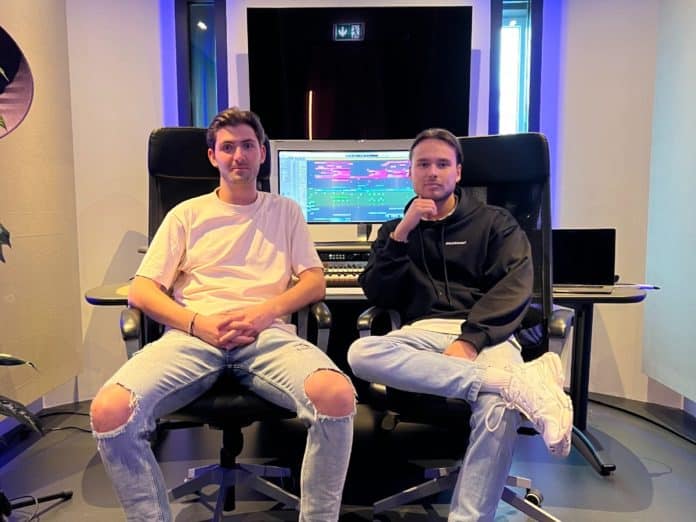 Opening with a dynamic kick drum-driven beat, it wastes no time getting down and dirty as FAULHABER and Vane layer in laser synths and horn-led melodies. The accompanying cheeky vocals act as the cherry on top of “Push It,” that’s sure to slay dance floors around the globe.

FAULHABER and Lukas Vane’s energetic and yet underground vibes are a welcome addition to Protocol Recordings already diversified roster, which is continuously evolving and breaking genre barriers with each new release, and “Push It” is a prime example of that.

All with a diverse range of sounds that are guaranteed to light up a dance floor. FAULHABER is one of the latest talents to emerge from the esteemed Dutch dance music breeding grounds. At the age of 16 he was already spending every weekend at the local clubs to master the art of turntablism and soon seized the opportunity to cross his home country’s borders and go above and beyond on all dance music-related fronts.

He previously worked with Brazilian superstars Vintage Culture & Alok on “Party On My Own” (75M streams on Spotify) and with Felix Jaehn & Toby Romeo on “Where The Lights Are Low,” which just hit the magic number of 100 million streams on Spotify alone, and Martin Jensen on “Make My Mind Go.” On the flip side, Lukas Vane has always had a passion for music.

It all started with music and theater lessons; at the age of 15 he laid his hands on a Pioneer midi-controller and played for days in his bedroom. A year later, he was playing at clubs throughout the country and started doing shows in Spain, Belgium, Greece, and the United States. With a strong first track together like “Push It,” these two are bound for big things for the rest of this year. Stay tuned for more new tracks coming soon.