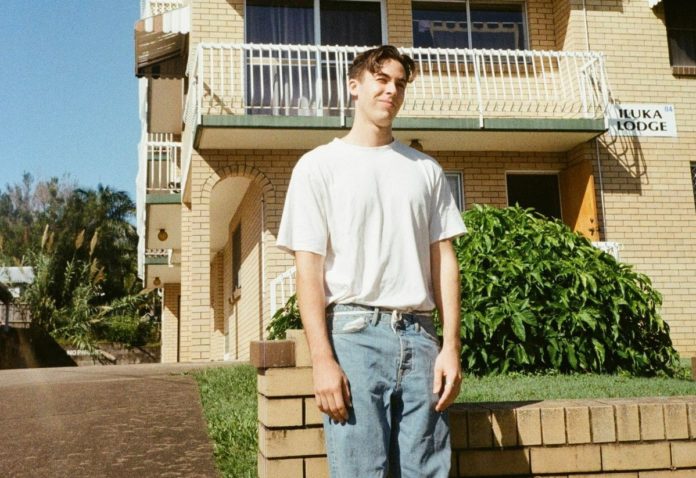 Featuring vocals from modern psychedelic Will Hearn, BURN oozes cool over its 3 minute and 26 second run time with wholesome and lush production laying the foundation for a feel good vocal.

Out now, BURN will build upon an already impressive release catalogue which saw the artist gain over 20,000 collective streams and glowing support from industry heavyweights everywhere.

We caught up with LKAY to learn more about “Burn”, upcoming tracks and collaborations, and more.

Aditya – Hey LKAY, Glad to have you for the interview. How was the first quarter of this year for you?

LKAY – Thanks for having me, Very good! Been super busy working on new music and have been lucky enough to play some shows already this year. Looking forward to releasing more music this year and building up my profile!

Aditya – Your latest track with Will Hearn ‘Burn’ is OUT today, it has a proper summer vibe! What’s the creative process behind this?

LKAY – I’m definitely trying to push the feel-good vibes for each track I put out! Always trying to make people feel good inside when they are listening.

Aditya – What’s your message behind this track?

LKAY – I’ll let Will answer this one as he wrote the lyrics: “Burn” Is about finding your way in a foreign place. It speaks to paving your way as an artist in the industry, even when people around you drift away or give up on their own dreams, It’s kind of a message to say keep going and it will all come to you.

Aditya – How long has it taken you to produce this tune?

LKAY – It actually came about fairly quickly! I wrote the backbone of the track in a couple of days when I was in lockdown, sent it over to Will and he had the chorus back pretty much within the hour! After that, it was just fine-tuning which took a couple of months.

Aditya – My favorite part is at 2:48 when the pluck comes in, could you share more info on that?

LKAY- Yeah! In that part I drew some inspiration from artists like Mura Masa/Odesza. I’ve heard them use synths in a similar way with the LFO. A very cool technique that I learned over the years.

Aditya – Who are your influences and why?

LKAY – Growing up my main influences for getting into music were artists like Flume and Madeon but more recently I get inspired by so many new up and coming artists. I’m always listening to a range of different styles and trying to implement different genres into my music.

Aditya – What’s the ideation behind ‘LKAY’?

LKAY – There’s no real story behind it haha, I was struggling to find a name when I started. I was trying different letters together and thought LKAY sounded cool and short!

Aditya – Which is that one hardware/plugin you cannot compromise on?

LKAY – Lately in regards to synths it’s definitely been The Prince by Frank Dukes, some awesome sounds come out of there! And for mixing it would be soothe – a must have plugin for me.

Aditya – ‘Talk Too Much’ has amassed over 15,000 streams on spotify, how do you feel about that?

LKAY – Awesome! Was so lucky to get to work with DENNIS on my first official release and hope to work with her again.

Aditya – Could you share more info on your upcoming tracks and collaborations?

LKAY – Definitely some more stuff coming this year with some cool artists, and also going to be doing some vocal parts myself!

Aditya – Do you think Vinyl will make a comeback in 2022?

Aditya – Which is your preferred streaming service, and why?

LKAY – Spotify as it’s so easy to use, and the analytics are very in depth cool to use.

LKAY – Youtube everything, and don’t over think too much! Make whatever style of music you love..

Aditya – Lastly, would you rather build your studio in the hills or beaches?

LKAY – On the beaches for sure! Whenever I’m not making music I would be at the beach!